It’s been a while since I have written and since we last talked I have moved my study and with it the Home Office into new surroundings; same address just a new and better location. This involved new cabinets and displays so it was a lengthy process. In addition to this I decided to retire from public service and the past six months has been spent attempting to wrap up my projects. Although to get them all completed would take another two years as new road connections through forests are limited by budget and in our country a short construction season. Still all has finally come to pass with a few more touches to the study and the unfinished work projects in the capable hands of my replacement I am free to do what I want to do with rest of my life.

Reading the posts on the GMIC lately I noticed one by Robin talking about the addition of a new Crimea Medal, I’m still envious, and in addition to this the addition of a cigarette card of this medal featuring the same bar. I believe Mervyn mentioned that some members are adding cap badges and other insignia to their medals and medal groups. This is something I have been doing for some time now and I wanted to talk about this interesting augmentation to medal collections as well as other military collectables. 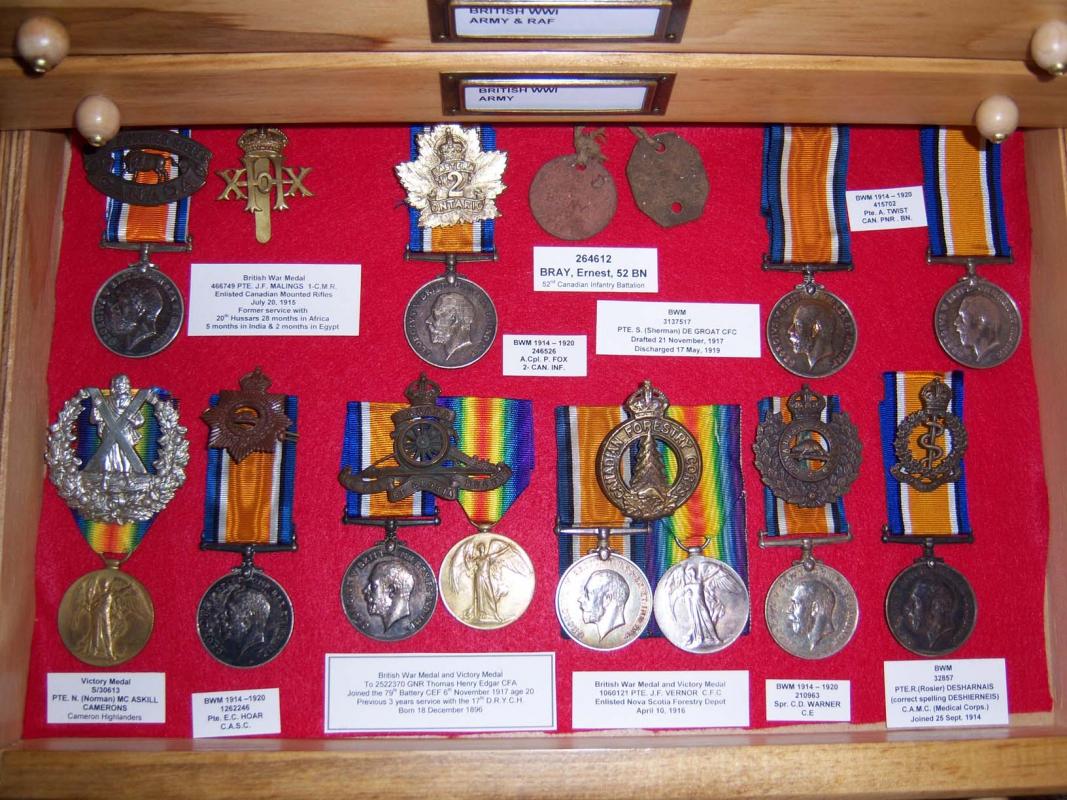 I find myself; or rather catch myself, boring family and friends with my collections and constant droning on about history and this battle and that battle and how the breakdown of diplomacy led to one conflict or another. Most of my medal collection is housed in shallow drawers and if there is one thing I’ve noticed is that the average person’s eyes will start to glaze over after the third, and if I’m lucky, the forth drawer of what is perceived as one medal or group of medals after another with little to no differences. In fact I too start to think that there is a certain monotony about a sizable collection of just about anything after a while. If you are at all like me this “monotony” somehow imparts a warm feeling of comfort and security, as does the knowledge that I am a student, of sorts, of history and how these artefacts are in concert with the events they commemorate.

For most of us, we collect for ourselves and not for others, nor do we seek to garner praise for our efforts from the few upon whom we may bestow the honour of viewing our treasures. I suppose that is somewhat a joke in the average person’s opinion as many would think even an hour going over someone’s collection, their passion as it were, to be a total waste of time. However, they are simply members of the great unwashed masses so let’s not give them any more consideration here.

I’ve seen several collections where the owner has framed their collection, breaking the medals up into specific themes or a grouping to one recipient. For the most part I really like this, however in my case; wall space is and always has been at a premium. Framed documents and larger photos have always taken precedence in allotting wall space so medals were placed in shallow drawers out of necessity as much as anything else.

In this blog I am speaking more about additional items to enhance the experience for someone viewing a collection and even to make it more interesting for the collectors themselves. Some of those additional items could be the cigarette cards mentioned earlier which could be of a soldier in uniform as much as the particular medal. My Bahawalpur collection has a cigarette card featuring a soldier from that country in full uniform, which I think is quite interesting. In addition to this I have added a post card commemorating the 100th anniversary of the 1st Bahawalpur Regiment, 1834-1934, and their battle honours.

Other additions to collectables, that comes to mind; could be the addition of nipple, or hammer protectors to a black powder rifle or musket, or an authentic muzzle plug for the same type of weapon. A small word of caution here; it might be best not to make the announcement around the water cooler, in the office, that you are awaiting a shipment of vintage nipple protectors. Nasty rumors could be forthcoming. Of course rifle slings either authentic or reproductions dresses up a rifle or musket quite nicely. A discussion on reproductions, “to use or not to use”, is a topic for another time.

Examples of additional items for a musket are shown below. The nipple protector and muzzle plug are on an 1853 Enfield and the sling is an original on a Pattern 1842 Brunswick Rifle marked as belonging to the Royal Canadian Regiment (RCR). 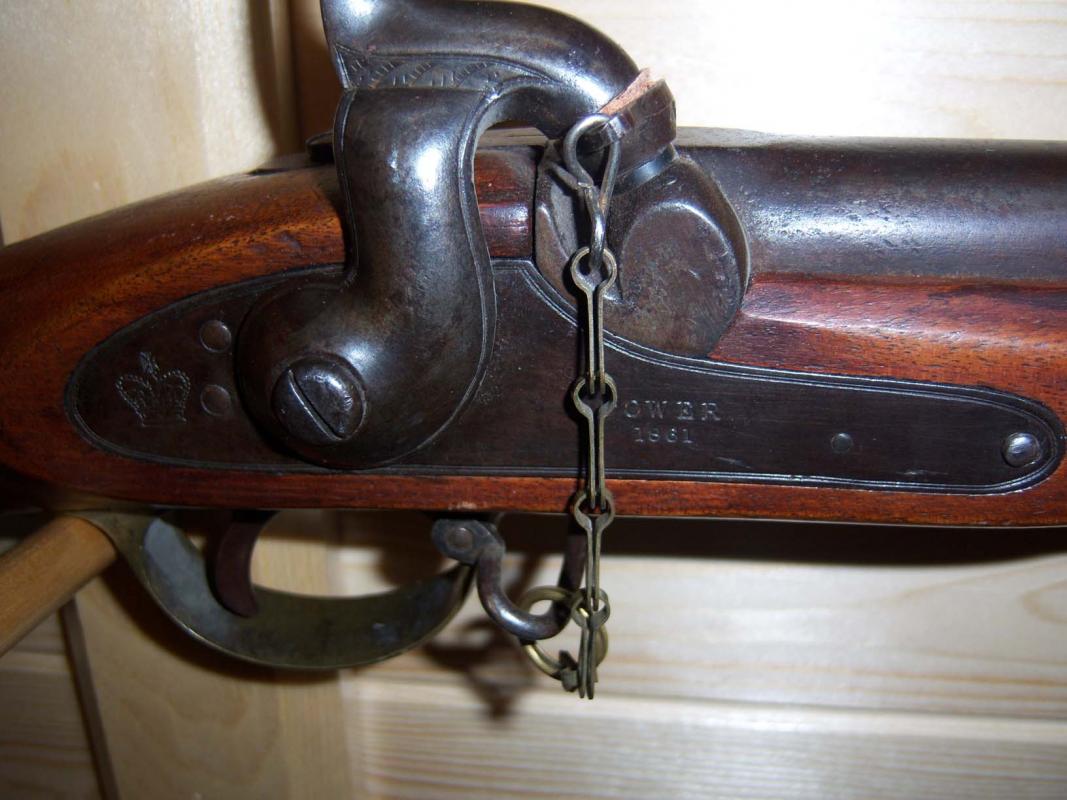 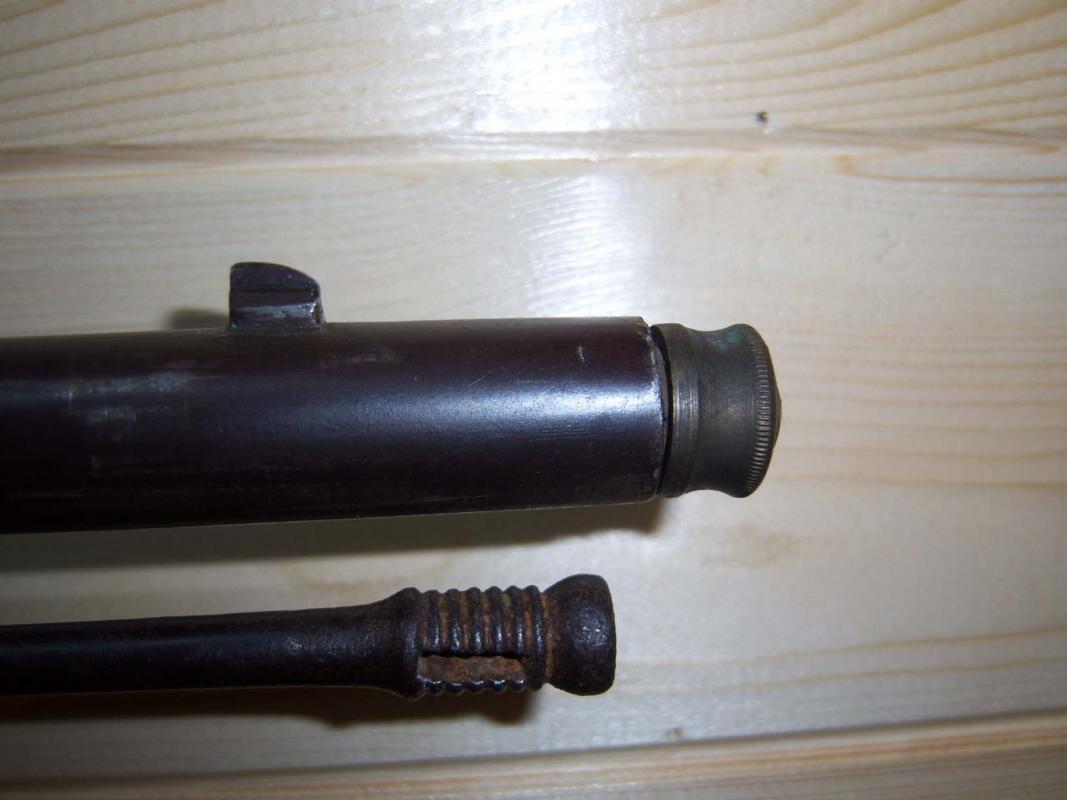 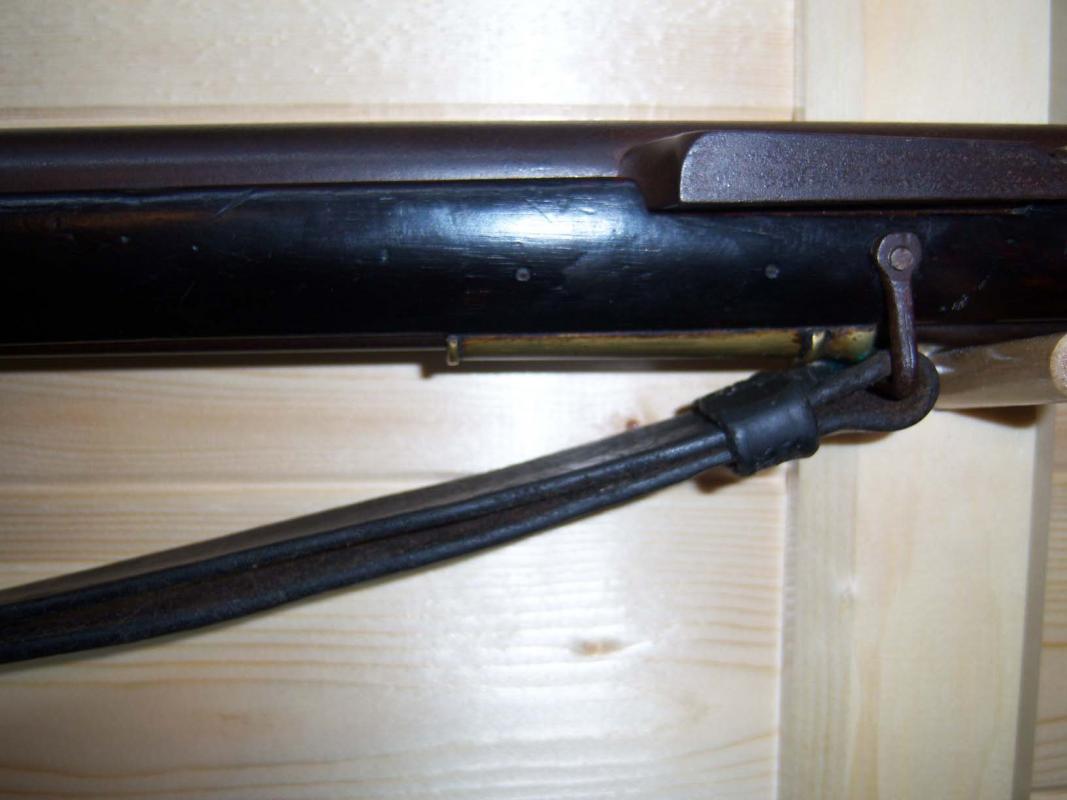 Swords too have accessories such as wrist straps and sword knots that can be added. Sadly my Japanese sword collection has no such accessories, yet, but who knows, perhaps in the future. The only one with any such strap is missing the all important knot.

The British sword shown below, with original leather sword knot, is the Pattern 1895 Infantry Officer’s Sword displaying the cipher of King George V. 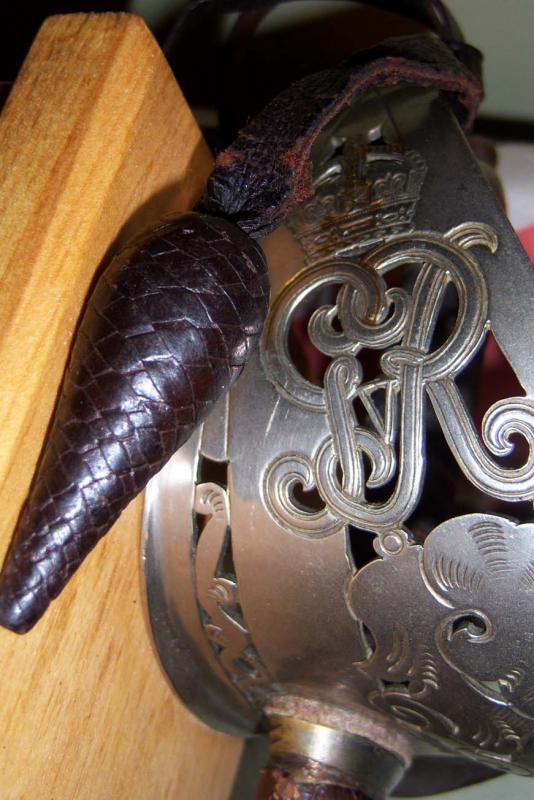 As always I hope this short dissertation will give the reader pause to think about alternatives to simply adding yet another item to the collection and enhance the specimens you already have.