The content of this blog may be offensive to some readers and should probably not be viewed by readership under the age of 14.  Content may include nudity, coarse language and/or violence (though probably not). Reader discretion is strongly advised.

After what could be easily described as a Dickensian childhood I am not what you would term as a warm-hearted individual.  The fact that I have never watched the movie “A Christmas Carol” past the first half point, I did like the whole ghost segment, is not to say I am completely lacking in compassion.  As an example, living in Canada, we get a good deal of snow and the municipal sidewalks require by law to be cleared by the abutting property’s owner.  My section of municipal sidewalk is 180 feet in length.  I don’t know what that is in metric measure because, first I remove the snow in the imperial system of measurement and secondly if you want it in metric you can come over and remove the snow and measure it anyway you want. My neighbour next door has a heart condition so I remove an additional 100 feet of snow from his sidewalk.  Once this is completed I remove the snow from my driveway and the sidewalks surrounding our home.  This year the neighbour on the other side of the street just experience a heart attack so I decided I would also remove he snow at his place for the winter to allow him time to recover.  I do these tasks with a snow blower machine; the largest, most powerful machine I could find.  The neighbours have nicknamed it “The Beast”; or at least I think they are talking about the snow blower.  The first time I removed my neighbour’s snow, which was unannounced, his wife hugged me....now understand that I do not like to be touched.  If I knew doing a good turn would result in a hug I would probably have avoided the act in the first place.  Today I received a large plate of cookies.  Now we’re talking.  I speak fluent “cookie”.  I said to my dear wife. Linda, “Wouldn’t it be funny if there were peanuts in the cookies and by thanking me she killed me (I have a peanut allergy).  Linda didn’t think that was funny at all.  So I am not a warm individual and also have a sick sense of humour.  This brings me to my point.  Anyone who has ever read my blogs knows by now it takes a while to get around to the actual point; if indeed there even is one.

While attending the shopping mall to pay homage to the patron saint of retail sales, Santa Clause, by throwing good money (I mean “investing”) in cheaply made gaudy toys for the grandchildren an interesting thing happened.  An older sales representative wished a younger woman a “Merry Christmas”.  To this the young woman replied, “That’s Season’s Greetings” not “Merry Christmas”; “Merry Christmas” might insult some people.  Well, I though, that’s interesting.  You mean that is all it takes to insult some people?  All this time I have worked so hard to annoy others and this is all it took.  Well you can imagine just how frustrated I was after expending all of that effort over all those years.  Here’s my way of looking at it.  Don’t care?  Too bad, you should have known better than to have read this far; don’t blame me for your short comings.  Not my circus, not my monkeys.

If I were to wish someone “Season’s Greetings” then to my compulsive obsessive mind I would be wishing them good wishes throughout the whole season.  What, two or three weeks? By wishing them a “Merry Christmas” I am only extending those wishes over a 24 hour period.  I might not really know this person and if I actually took the time to do so I would most likely find some reason to dislike them.  Merry Christmas (the 24 hour greeting limit) is both efficient and time specific; not all wishy washy, warm and fuzzy like the imprecise “Season’s Greeting” which has the potential to go on and on forever.  If I don’t really know you then be satisfied with a “Merry Christmas”, be happy with that and don’t push your luck.

As to the membership of the GMIC, over the years I have gotten to know many of you and even those I have yet to meet seem to be a pretty good lot.  So I am wishing you all both a “Season’s Greetings’ AND a “Merry Christmas”.  Well, except for “you-know-who” he just gets a “Merry Christmas”. 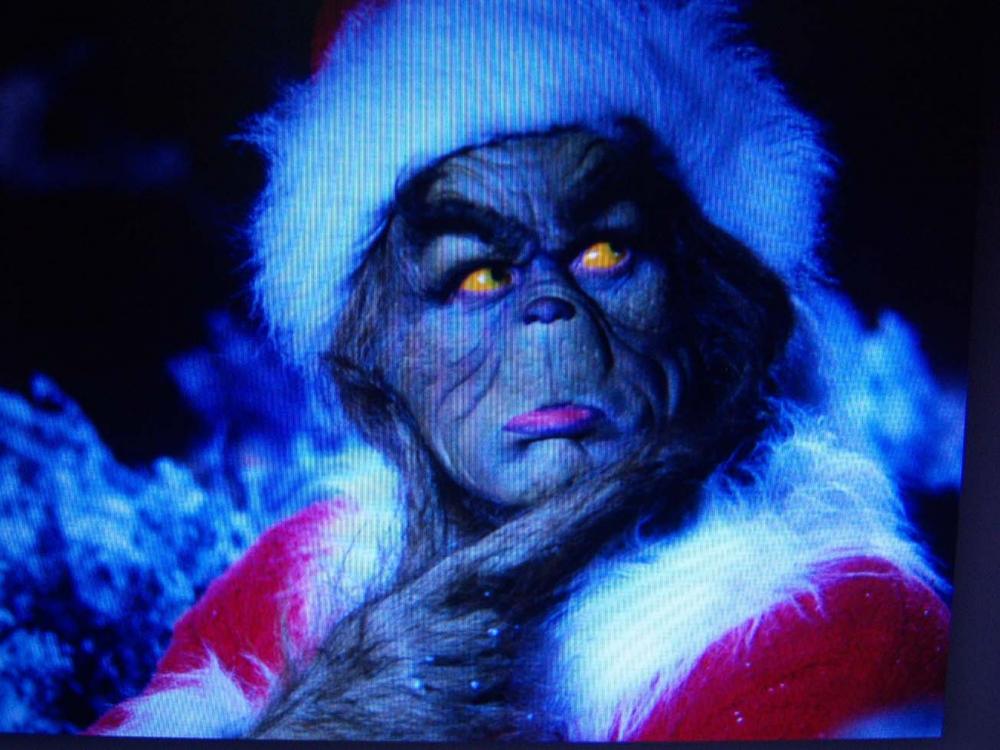