This a chapter of the Romanian history many times forgotten, but remembered at least by the ones who had ancesters involved (my family too). From the beginning of the conflict in 1914 until 1918, about 650.000 romanians were enrolled in the Austro-Hungarian army, most of them in the XII Korp(Sibiu) and VII Korp(Timisoara). Aproximatly 150.000 of them died (almost 10℅ of all Austro-Hungarian casualties), have been wounded or were taken prisoners, especially after Romania joined the war in 1916, many of these soldiers preffering to dessert the army and cross the mountains and fought for the romanians (in 1916, their number got to 40000, soldiers that would later be released from the russian POW's and joined the romanian army). The romanian regiments fought in the war against Russia in Galicia and they faced horrific casualties. For example, the 51 Cluj regiment had 3400 casualties in the first two months of the war from a total of 4000 soldiers. The 63 Bistrita regiment lost in 6 days of fighting 60% of its strength. The 21 Cluj honveds regiment lost just on 24 august 1914 50% of its strength. During the Brusilov offensive the casualties amongst the romanian regiments were even higher. During the fights in Galicia, romanians from Transylvania, Banat and Bukovina fought against romanians conscripted in the russian army from Bessarabia. This is the only instance of large scale fighting of romanians against each other tho' I may be wrong. After Romania joined the war, the romanian troops were redeployed on the italian front, mainly because it was the state policy that troops shouldn't fight too close to their own homes. Many fell prisoners to the italian army during the Isonzo offensive. Here is a picture with romanian soldiers from Italy upon their return to Romania in 1919. 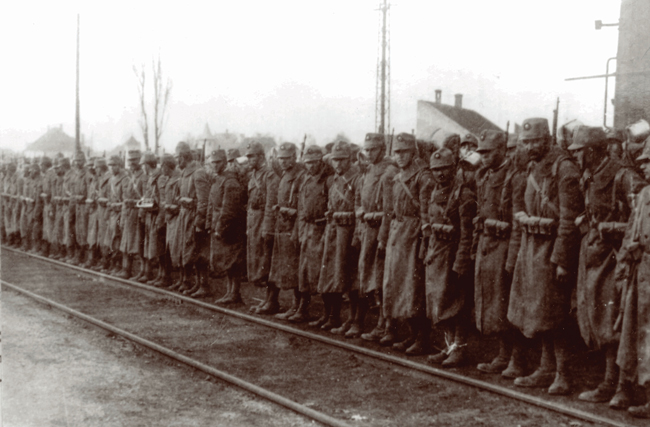 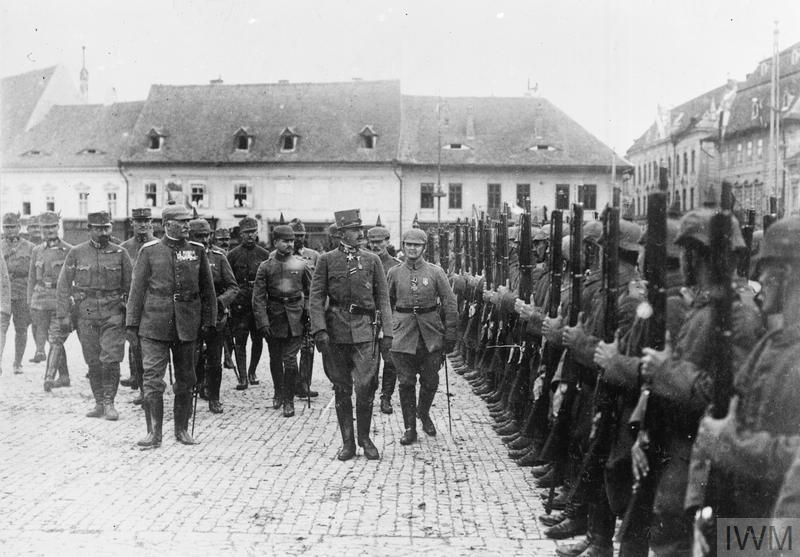 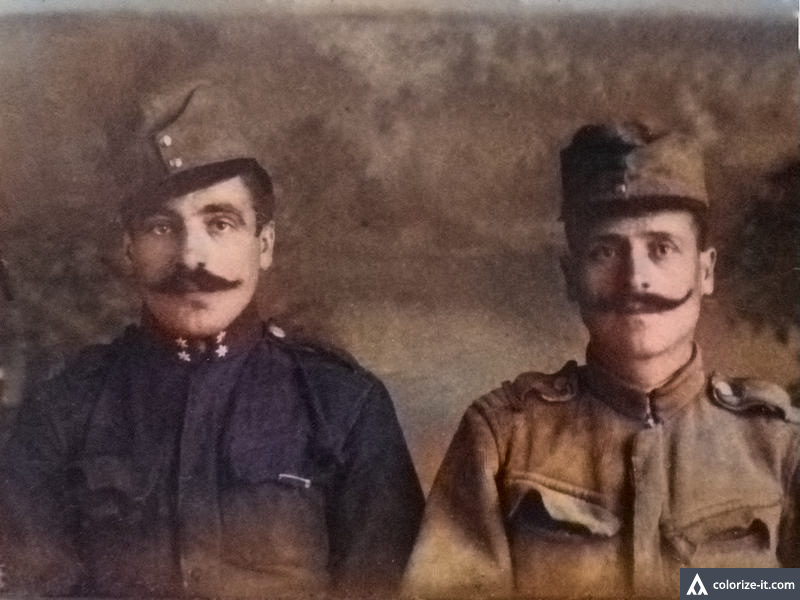