Iron Cross is the UK's only magazine focusing entirely on German military history from 1914 to 1945. It launched in June 2019 and is available worldwide in both print and digital formats. GMIC is launching a trial area to promote discussion of the topics contained within the magazine.
Discussion Area
Recent Updates ×
Recent Updates
You need to be logged in to see additionnal information and be able to contact the advertiser!
THIS ADVERT HAS EXPIRED!

Lot of 1 Order, 9 medals, docs and 2 watches to a Soviet Armenian WWII vet 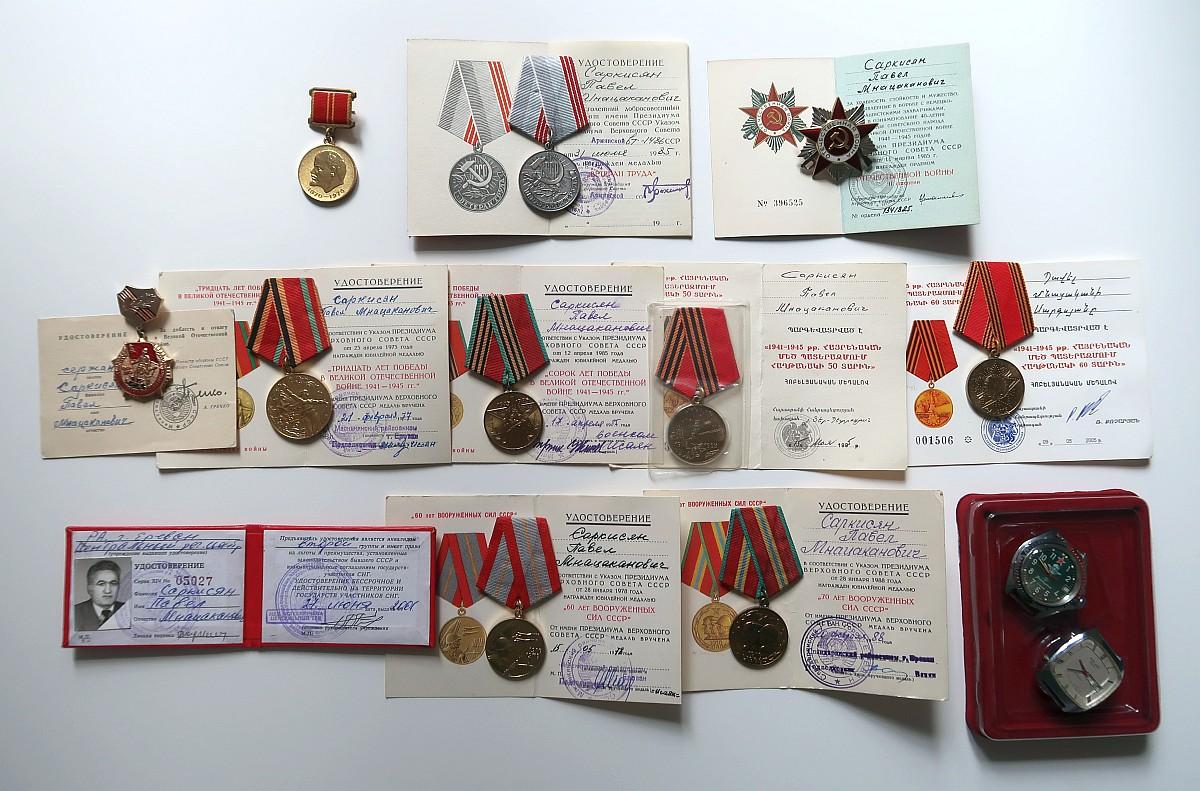 Lot of 1 Order, 9 medals, docs and 2 watches to a Soviet Armenian WWII vet

I'm selling this nice lot that belonged to an Armenian WWII veteran of the Red Army. The lot consists of:

All medals have their documents except for Lenin's 100th birthday. The watches came without straps, I'm throwing in two nice pairs of straps that nicely fit.

I checked the soldier on Pamyat Naroda, he was born in 1925 and did not receive any other reward besides the Order of Patriotic War II class.

Other adverts from Drugo