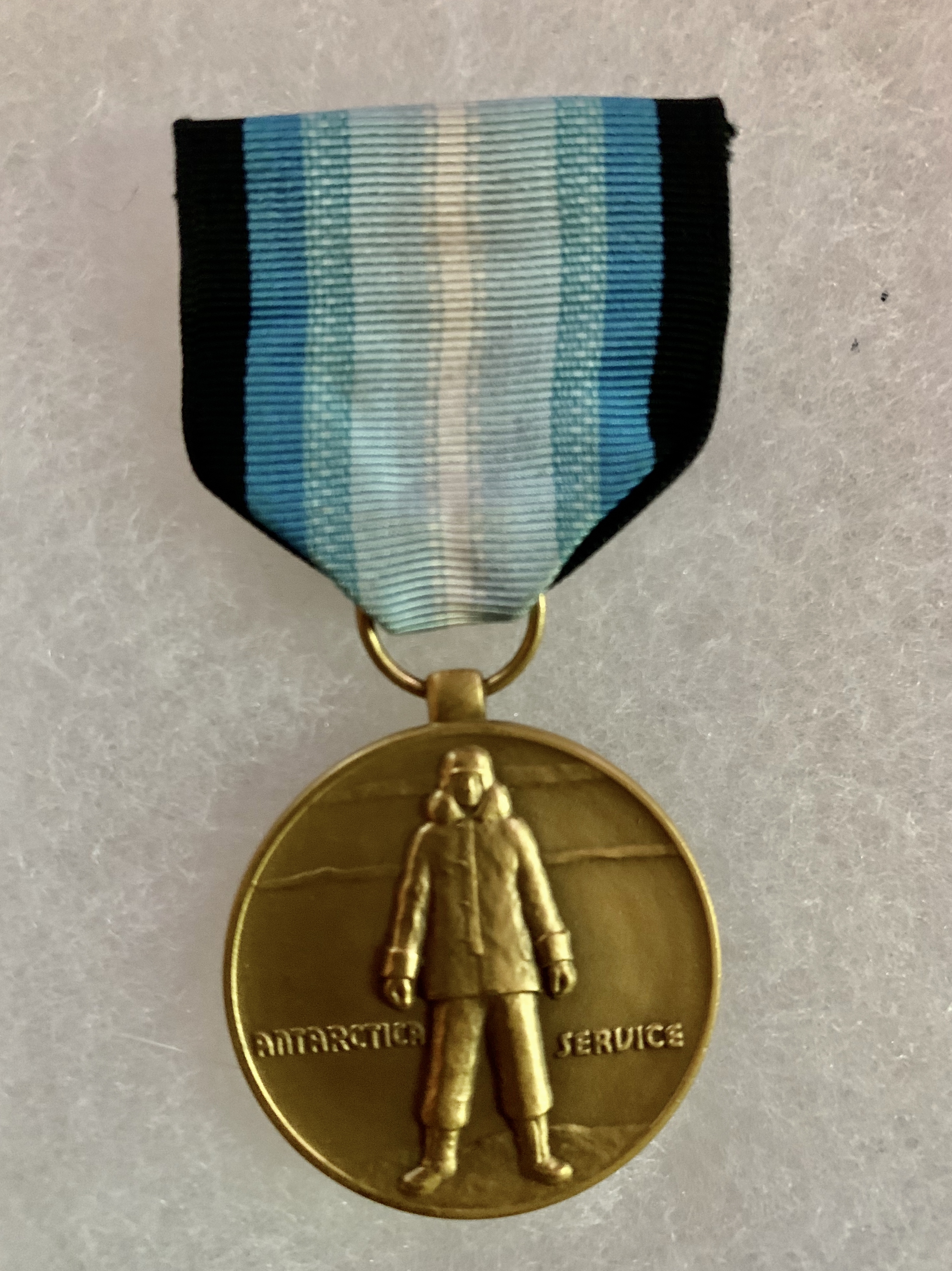 A very fine early strike of the Antarctica Service Medal with crisp detail and fine toning to the badge. Mounted on an early crimp brooch and unmarked.

The Antarctica Service Medal was established by the United States Congress on July 7, 1960, under Public Law 600 of the 86th Congress. The medal was intended as a military award to replace several commemorative awards which had been issued for previous Antarctica expeditions from 1928 to 1941.

Other adverts from Sal