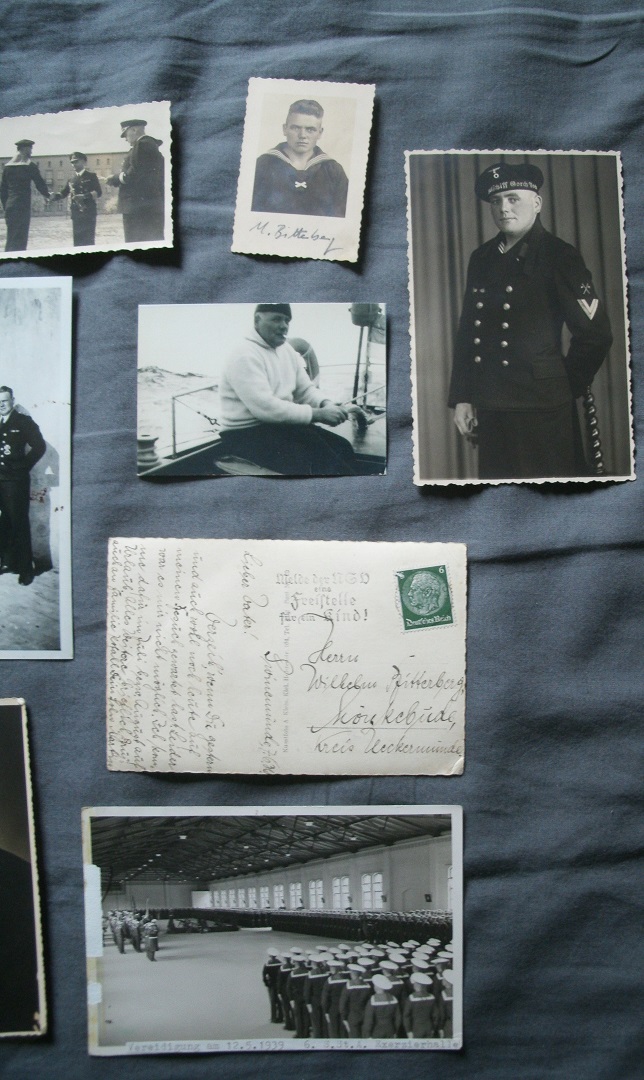 Stopped collecting many years ago but always kept this lot because of it's history. But after almost ten years the motivation never returned so i decided to say goodbye to this group.

A bit of history: U-95 was torpedoed by the Dutch submarine O-21 on the 28th of november 1941, southwest of Almeria, Spain. Only 12 of it's crew survived, including the commander Gerd Schreiber. The 12 survuvors were taken prisoner and send to Camp 23 in Canada. One of the survivors was NCO Martin Bitterberg. He started his naval career in 1937 and after serving on the U-9 he was transferred to U-95. After the war he returned to Germany and served in the Bundesmarine. The lot contains also photographs prewar and postwar.

The lot contains the following items:

- leather uboot jacket with name tag, which was worn when he was captured (also a newspaper article and a spare button found in it's pocket),

- postcard written to his father,

- armlet which identified him as a POW,

- original photographs of three of the victims of U-95,

- first print of the book "De kat met 9 levens" by Wijnand Claes, former crewmember of the O21 (written in Dutch),

- 2 wartime photographs of the crew of the O-21, one with commander Johannes van Dulm.

- postwar photograph of O-21 before it's decommissioning,

- magazine article regarding the O-21 (written in Dutch),

- research material including a lot of photograps (copies).

Other adverts from documents