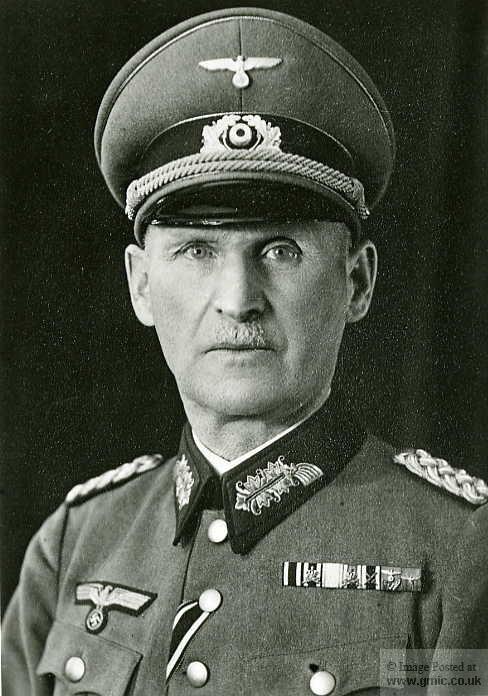 Despite a splendid WW1 record, winning the Saxon Order of Saint henry and so on, he did NOT have 40 years of military service active duty. He had 36. His recalled wartime 3 years should not and would not have counted towards acctive duty since it was for war's duration and (with the possible excpetion as yet unverified of Generals like himself) Wehrmacht long service awards were suspended after 1939.

Either he was employed on some "Black Reichsheer" duty 1928-33 which made up the missing years, or he just awarded the oakleaves device to himself!