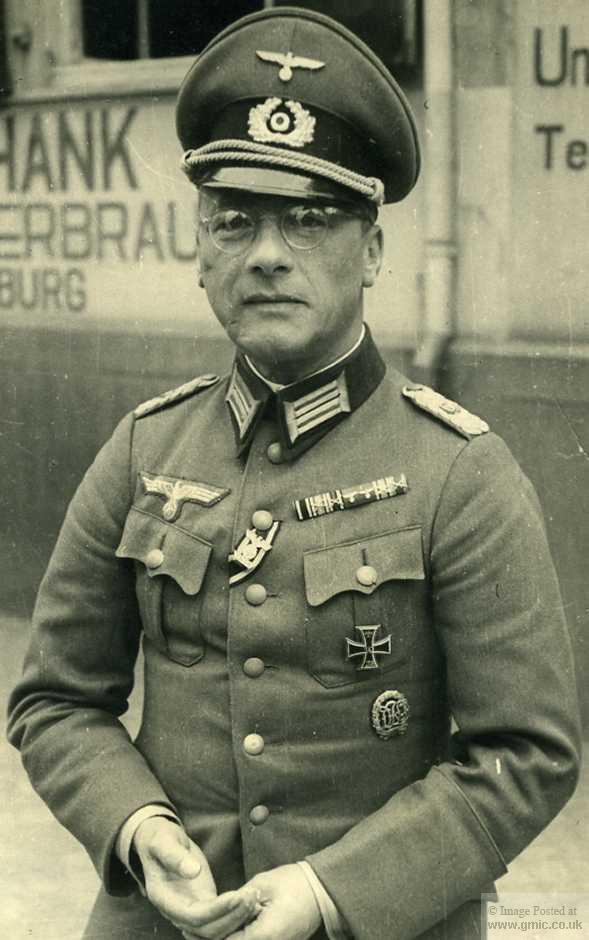 Major Ludwig of Artillery Regiment 69 would go on to win a German Cross in Gold. But in this undated photo, probably taken right after the fall of France in 1940, he has only added the 1939 Bar to his 1914 Iron Cross Second Class.

By regulation, the 1939 Spange was either worn full size from the second tunic buttonhole as here OR on the ribbon bar. Recipients generally (see Major Druschki's "Wehrmacht Sew On" scans as a "modest" exception) preferred to wear the full size from their buttonhole, leaving the "original" 1914 EK2 ribbon correctly "bare" on their ribbon bars.

Photos can often be found of officers wearing both the full size and with the device on a ribbon bar. That is simply "overdressing" for a photograph. Most combatant officers learned to leave their ribbon bars OFF entirely while at the front. Their pinback awards made them targets enough.