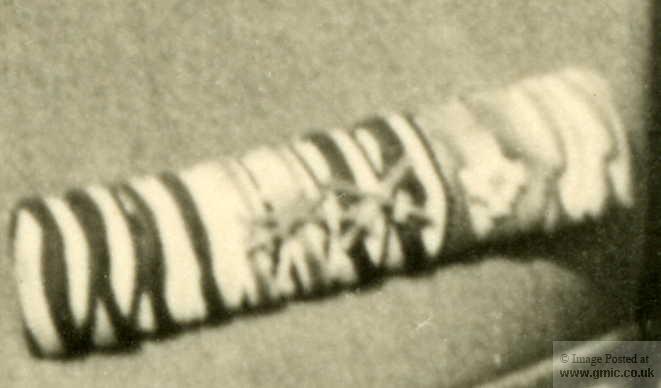 Here is a closeup of the south German style ribbon bar worn by the Hauptmann with pioneer battalion 5 shoulder boards in the previous scan.

Presenceof ribbon #5 indicates this Captain was a reserve officer called back up for WW2 duty and not a career soldier or an (E) Wehrmacht "re-tread." Probably dating from before the war, this illustartes that such a ribbon bar, if found alone, would NOT necessarily mean its wearer wore it on a civilian uniform (Railways, Post Office etc etc) since wartime reservists continued wearing their civilian awards on military uniforms. The same is true for officials of the Nazi party in Wehrmacht wartyime service-- see the "Nazi Kriegsmarine" scans.