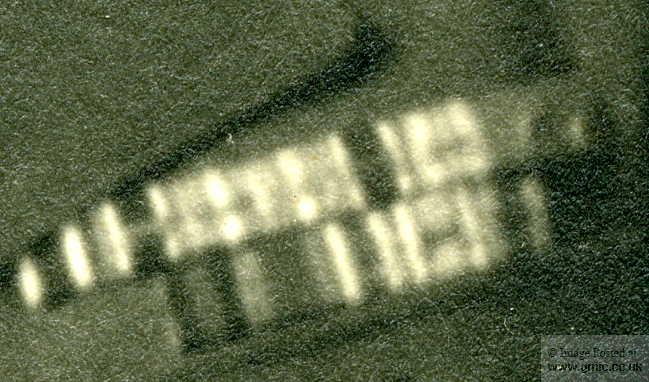 I apologize for the blurry nature of this photo, but it is the best example I have fitting THREE categories--

Sew on ribbon bars worn on Luftwaffe uniforms-- a fashion more common there than in the army
Multiple row ribbon bars-- when there are too many to FIT, buttons-to-armpit in one row
Austrian superabundance of WW1 ribboned awards


What we have here are

The Prussian Iron Cross is assigned primacy for ALL WW1 awards per regulations in effect in Germany since 1935 and of course in ex-Austria after the Anschluss.

The lowly WW2 KVK2X was also assigned precedence over MOST WW1 awards since it was a "Reichs" award and those were "State" awards. There were exceptions, but Austria was considered a mere "province" after 1938 and thus those awards follow.

There is absolutely no way to tell WHICH awards he earned in the Austro-Hungarian forces in WW1. The fact that all three have Xs devices suggests the most common trio for a young Austrian officer--

His Hindenburg Cross has pride of place over his native WW1 Commemorative because of the Reichs/Province seniority. What is quite odd is that he is NOT wearing the 1917-18 Karl Troop Cross which was basically given for 12 weeks frontline service. That, despite being a mere campaign medal, was almost invariably treated (by Austrian recipients anyway--there were Germans who got it "on loan" to Austrian units) as a "decoration" and would be placed rather randomly BEFORE or AFTER the Hindenburg Cross after 1938. One reason why he might not have it is that if he was a POW by then, he would not have been eligible for a later award since so many voluntary ethnic desertions occurred that ALL prisoners of war, even if blameless, were excluded from retroactive Troop Cross awards. Sometimes what is NOT there tells a story, too.

Note that the bars are unevenly divided, with more on the top row than on the bottom. Neatness might have suggested 7-over-7. But this is fairly typical:

the more important awards on a top bar would always be worn. The lesser stuff on a lower row might be peeled off and not worn for a less dressy version.

That, of course, was far more awkward to do when the bars had to be sewn on and off--which is a good reason why this style was not popular.