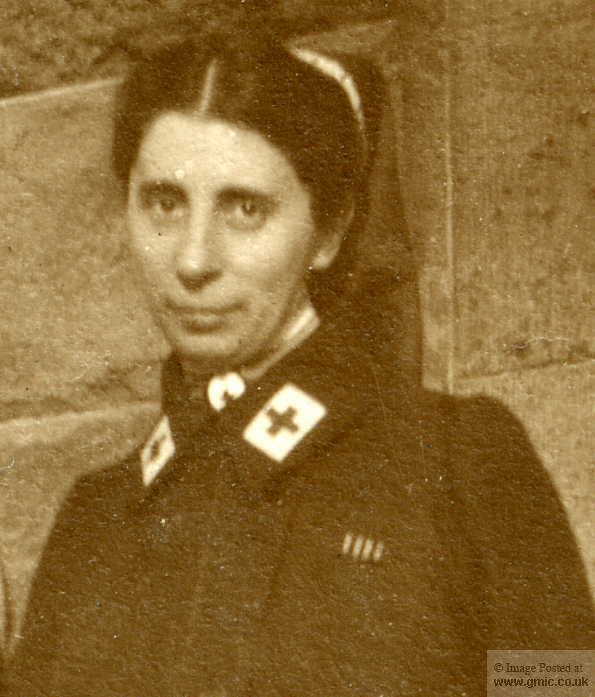 The original photo is so small that the rough "art paper" surface of the slightly off focus image defies any definitive identification here:

Is this, as it appears, 2 standard 15mm ribbons? In which case it would appear to be something like a combatant Iron Cross and the Bavarian Cross for 20 Years Voluntary Nursing Service? Or perhaps a "semi official" Bavarian Red Cross award with similar dark blue and white ribbon to the 20 Years Cross.

Or is it a 25mm single ribbon? In that case, the closest match would seem to be a wartime Saxon Cross for Volunteer Nursing-- though the center stripe appears slightly smaller here rather than the same width for all three green on white stripes.