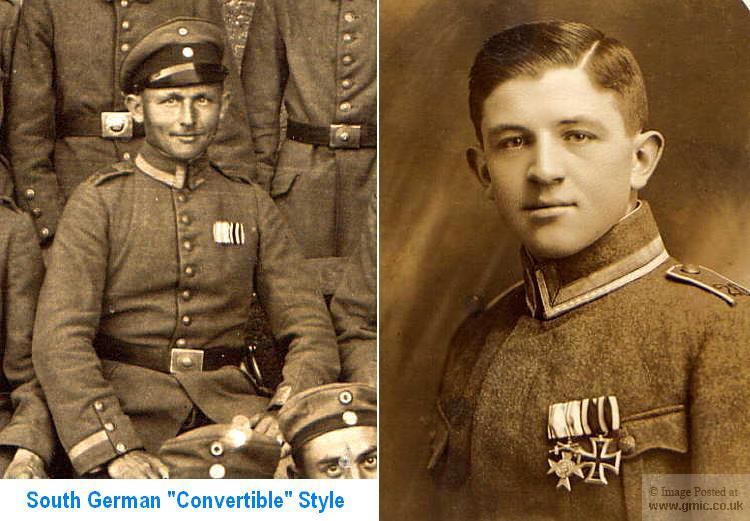 The double folded flat bottom style of ribbon mounting was most common-- indeed, almost universal-- in Bavaria and W?rttemberg. As these two Bavarian Unteroffiziers show, all that was needed to convert from a large "Old Style" ribbon bar to full medals was sliding the decorations on and off the reverse hooks.

Even officers frequently used this style in the south German armies. In Prussia, with flat rhomboid ribbon bars up to 1915 the same on front for all ranks, officers wore no hooks on back (their parade medals were the padded bow-bottom style) while enlisted ranks performed the same swap-and-match as show by the two Bavarian NCOs.