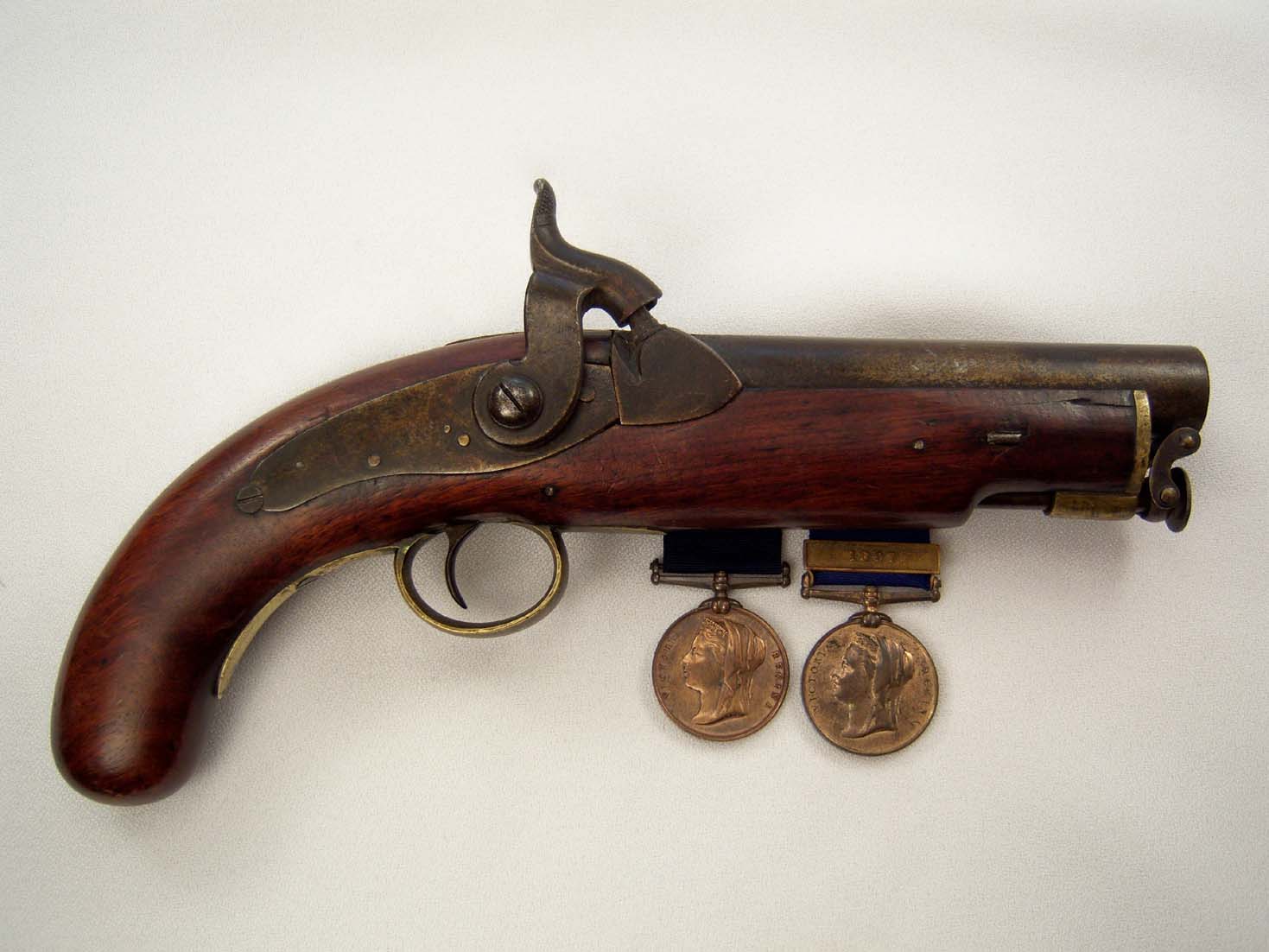 In the mid 1800’s the Metropolitan London Police were issued both firearms and swords when the need arose, such as in times of civil unrest. The pistol shown was most likely made in Birmingham in the 1840’s and was commonly known as a “man-stopper” with its 20mm-wide bore.