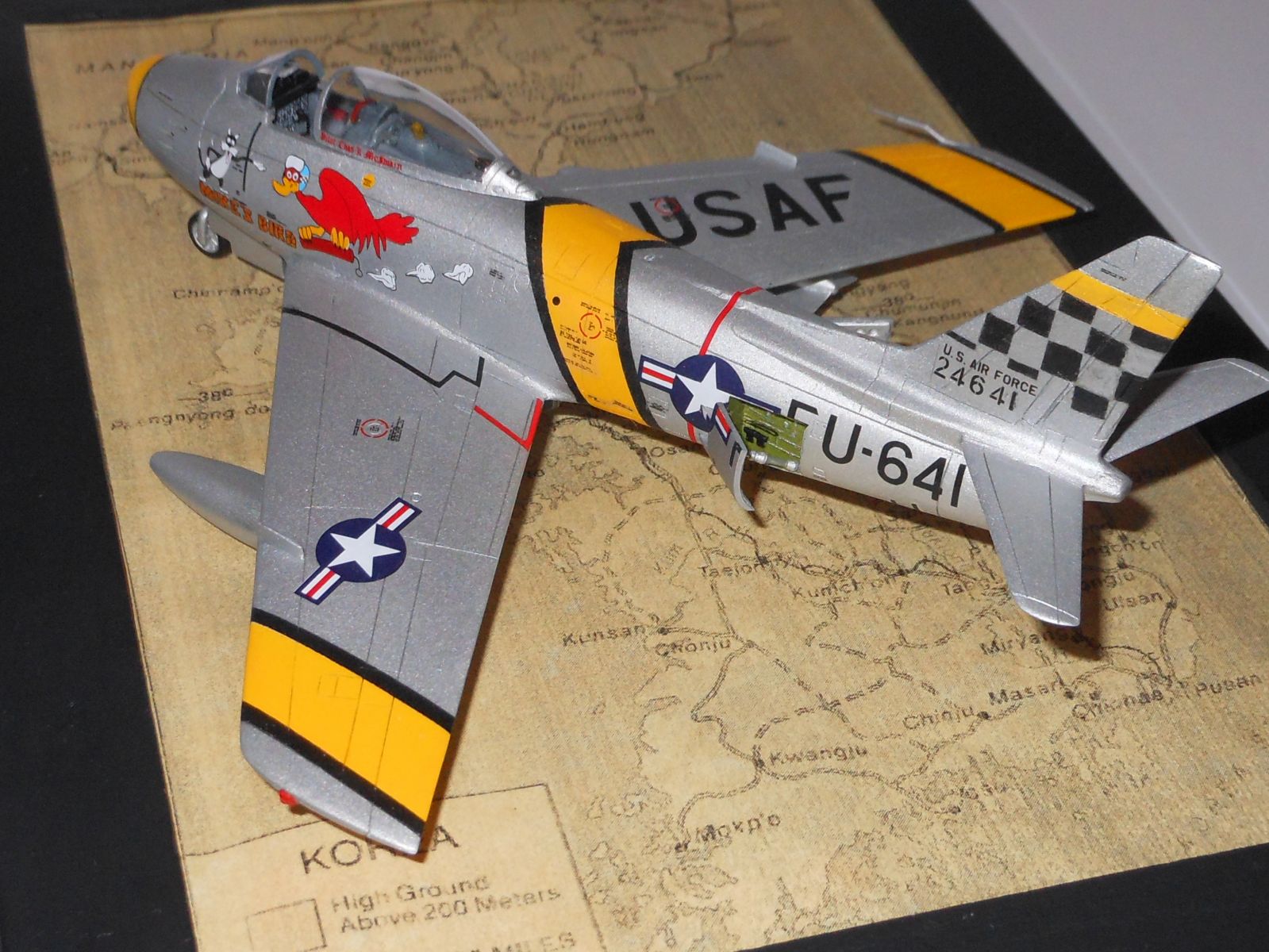 It has a lot of work done on it, but I'll keep it short, in essence a year full of hard work to get it finished

It is fully re-scribed (the entire aircraft's panel lines have been sanded and re-applied) and all the yellow/black Identification bands and markings were airbrushed along with the checker tail.

Since it is the 60th Anniversary of the Korean War Armistice this year, I wanted to complete it and add it to my collection in honor of the 60th.

Thank you for looking in