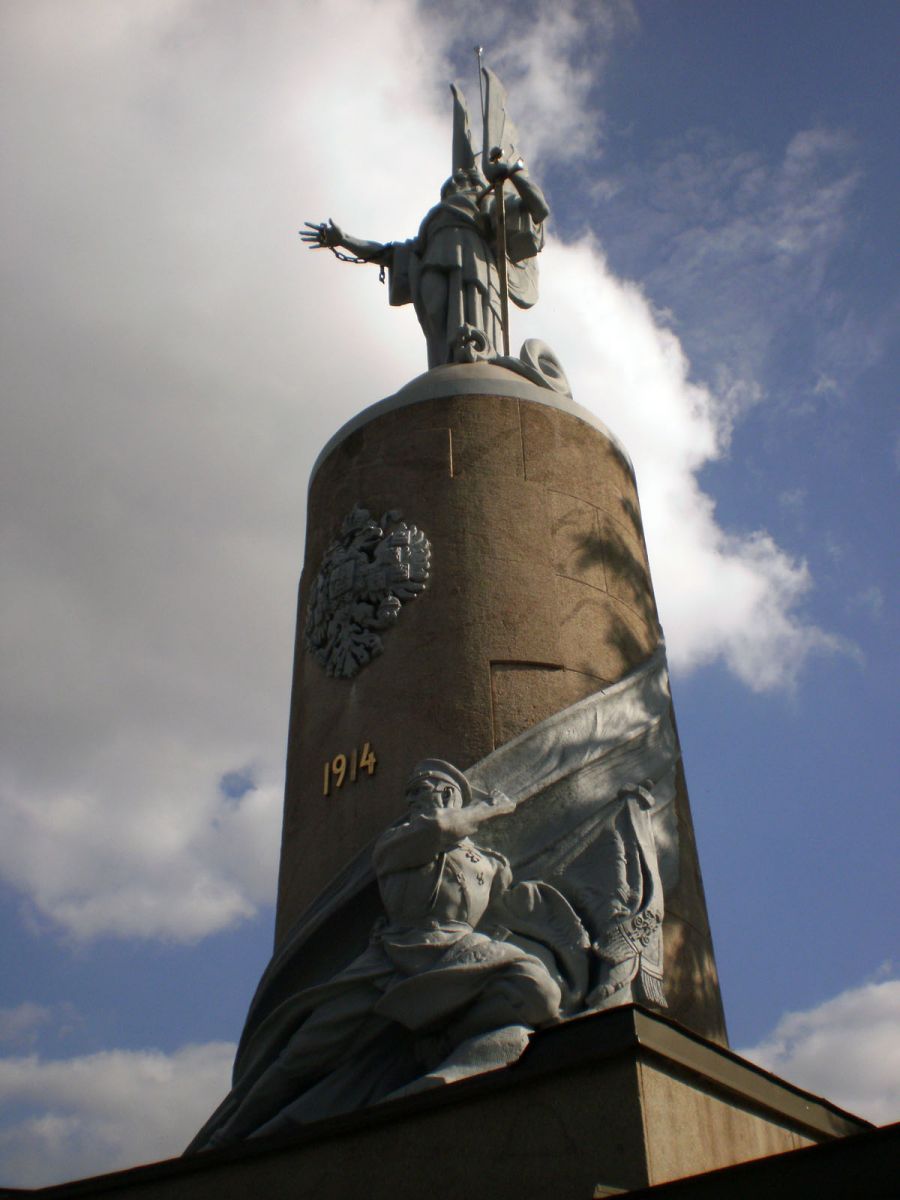 This monument and crypt with remains of Imperial Russian soldiers was finished in 1936. It is located at Belgrade's Novo groblje (eng. New Cemetery). Author is Roman N. Verkhovsky, co-author is Valery Stashevsky and the idea came from Mikhail Skorodumov Imperial Russian officer and later general. According to information I found in one article the crypt contains remains of 13 officers and 274 NCOs and soldiers of the 2. and 4. special infantry brigade exhumed from southern parts of Kingdom (Thessaloniki Front), 138 NCОs and soldiers who lost their lives during the defense of Belgrade 1914-15, two sailors from the steamboat "Tiraspol" and 66 soldiers who died in Austro-Hungarian POW camps.

Next to the monument is Russian Necropolis with around 3000 remains of Russian emigres and Iverskaya Chapel, an exact copy of the chapel that was demolished by the Bolsheviks in Moscow’s Red Square.

I visited this place many times because some of my ancestors are buried not more that couple of steps behind the crypt. Two of them lost their lives during Great War, my great-great grandfather, lieutenant colonel of the Royal Army, was captured by Bulgarian troops and buried alive in 1915 and his son, infantry 2nd lieutenant, who lost his life previous year during Serbian offensive in Srem. He was only 21.