Soviet Red Star for medical doctor at the front 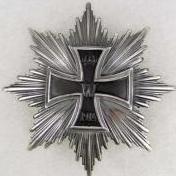