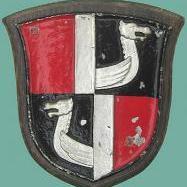 By Norstrom,
May 5, 2016 in Germany: Third Reich: Research, Documentation & Photographs