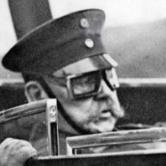 By 91-old-inf-reg,
October 14, 2019 in Germany: Imperial: The Orders, Decorations and Medals of The Imperial German States