75th Anniversary of the 1st Soviet Flag raised over the Reichstag 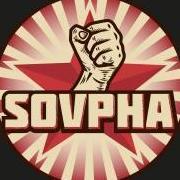