In 1818, during the reign of John Caradja, the prince of Wallachia, an unmanned hot air balloon was flown off Dealul Spirii in Bucharest. On July 7th, 1874, Colonel Nicolae Haralambie, together with Ion Ghica and a third person flew over Bucharest in a hydrogen balloon named "Mihai Bravul", which had made its first flight on June 9 of the same year.

On November 20, 1909 the Chitila Piloting School was formed as a joint venture by Mihail Cerchez. The school, conducted by French flight instructors, had five hangars, bleachers for spectators and workshops where the Farman planes imported from France were assembled. The school opened on July 9, 1910, when the chief flight instructor and director of the school René Guillemin crashed a Farman III biplane from a height of 40 metres during a demonstration flight, and broke his leg.

Guillemin was succeeded by Michel Mollawho made the first flight across Bucharest on September 7, 1910. Molla was succeeded by two others before the school closed in late 1912 due to financial difficulties, having trained six officers, but only licensed two.

In November 1909, the Romanian Minister of War commissioned Aurel Vlaicu to build the Vlaicu I airplane at the Bucharest Army Arsenal which first flew on June 17, 1910. On September 28, during the Fall military exercise, Vlaicu flew his airplane from Slatina to Piatra Olt, carrying a message, Romania thus becoming the second country after France to use airplanes for military purposes. Along with other Romanian pilots, Vlaicu flew reconnaissance missions during the Second Balkan War. Vlaicu III, the first metal aircraft in the world, was completed after his death, in May 1914.

Also, there should not be forgotten the so-called by some "controversed" plane built by Henri Coandă, considered by some and ancestor of the jet plane, back in 1910.

During World War I, Romania acquired 322 aircraft from France and ex-RNAS aircraft from Great Britain including Nieuport 11 and 17 single seat fighters and Morane-Saulnier LA and Nieuport 12 two seat fighters. Caudron G.3, Henry Farman HF.20, Farman MF.11, and Farman F.40 & 46 artillery observation and reconnaissance aircraft, Caudron G.4, Breguet-Michelin BLM and Voisin LA bombers were also bought. On September 16th, 1916, a Romanian Farman F.40 downed an Imperial German Air Force aircraft near Slobozia; this was the first Romanian Air Force victory. By the end of World War I, Romanian pilots had flown about 11,000 hours and 750 missions; however, it was unable to prevent the defeat from the offensive at the Battle of the Arges, which resulted in the occupation of 2/3 from Romania, and eventually an armistice on 6th  December 1917.

Here is a list of the most important airplanes used in that period:

Blériot XI was a French plane built by the Blériot Aircraft Factory. It was originally used as a school plane, later used as a reconnaissance plane during the first part of the First World War. The Blériot XI aircraft was in possession of the Air Corps Airborne Squadrons of the Romanian Armed Forces at the beginning of the 1916 campaign, with a total of 6 pieces, but in a non-operational state. The Blériot XI was designed in a top-wing monoplane configuration with a tractive propeller (placed in front of the engine). The engine was 50-horsepower-cooled Anzani. The plane had a wooden fuselage, the amperes were classical, with a stabilizer set in the rear, followed by the direction. Carlinga, which contained the engine and crew space, was fitted to the wing. The landing train was composed of a pair of simple wheels in front and a skateboard in the back. The plane was intended for reconnaissance and school missions.

Maurice Farman MF.11 was a French military aircraft built before the First World War by the Farman-Avions Farman Aircraft Factory. It was used as a light bombardment aircraft in the early part of the war, later being used as a reconnaissance plane or school. Farm Farm MF.11 was also the endowment of the Romanian Air Force. During the war, he noted the fronts of France, Italy, Greece and the Middle East, also playing an important role during the campaigns of the Moldavian front in the summer of 1917.

Nieuport 11, nicknamed Bébé, was a French biplane fighter designed by Gustave Delage. It was the main airplane that in 1916 brought France to victory in the western front air warfare at a time when Fokker Eindecker German fighter monkeys, equipped with synchronous machine guns, had outgrown the allied airplanes. After the war, in the 1920s it was used as a training plane. Nieuport 11 was in the service of several French allied forces such as Russia, Italy, the United Kingdom. In the history of Romanian aviation, Nieuport 11 is a famous apparatus, being the first specialized hunting plane of the Romanian Army.

Aviatik C.I was a German military aircraft built by Aviatik Aircraft Factory, used as a light observation and bombardment aircraft during the First World War. The Aviatik C.I aircraft was endowed with the Air Force in the Romanian Army, at the beginning of the 1916 campaign, there was only one copy received from the Germans before the war began.

Breguet Bre.5 was a French military aircraft built by the Breguet Aircraft Factory. It was used as a hunting jet, escort, reconnaissance and light bombardment during the First World War. Breguet Bre.5 was in possession of the Air Force Staff of the Romanian Armed Forces at the beginning of the 1916 campaign, with a total of 20 pieces, another 18 being received from France by the end of the year.

Farman F.40 was a French military aircraft built by the aircraft factory Maurice Farman. It was used as a lightweight reconnaissance and bombardment aircraft at the beginning of World War I, later being used as a school plane. The Farman F.40 aircraft was in possession of the Air Force Staff of the Romanian Armed Forces at the end of the 1916 campaign when a total of 55 pieces were received from France, of which 38 in operational status, the rest being destroyed during transport .

Sopwith 1½ Strutter was a British military aircraft built by the Sopwith Aircraft Factory. It was used as a hunting jet, escort, reconnaissance and light bombardment during the First World War. He was in possession of the squadrons of the Air Force Corps of the Romanian Armed Forces, starting with the campaign of 1917 when these appliances were received from the United Kingdom. 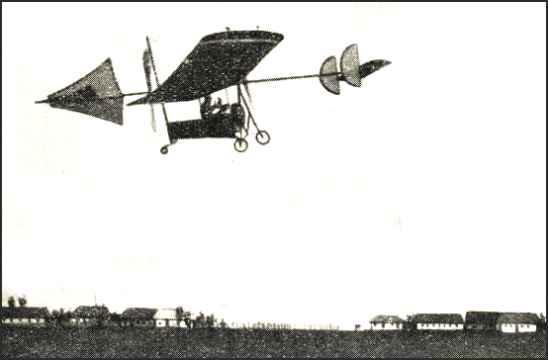 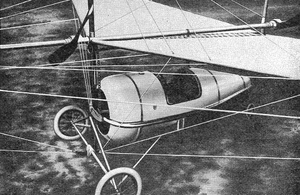 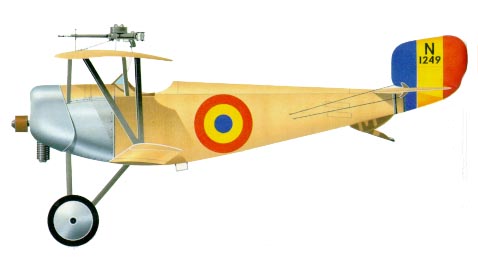 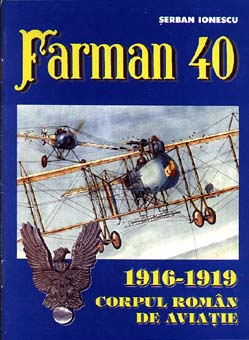