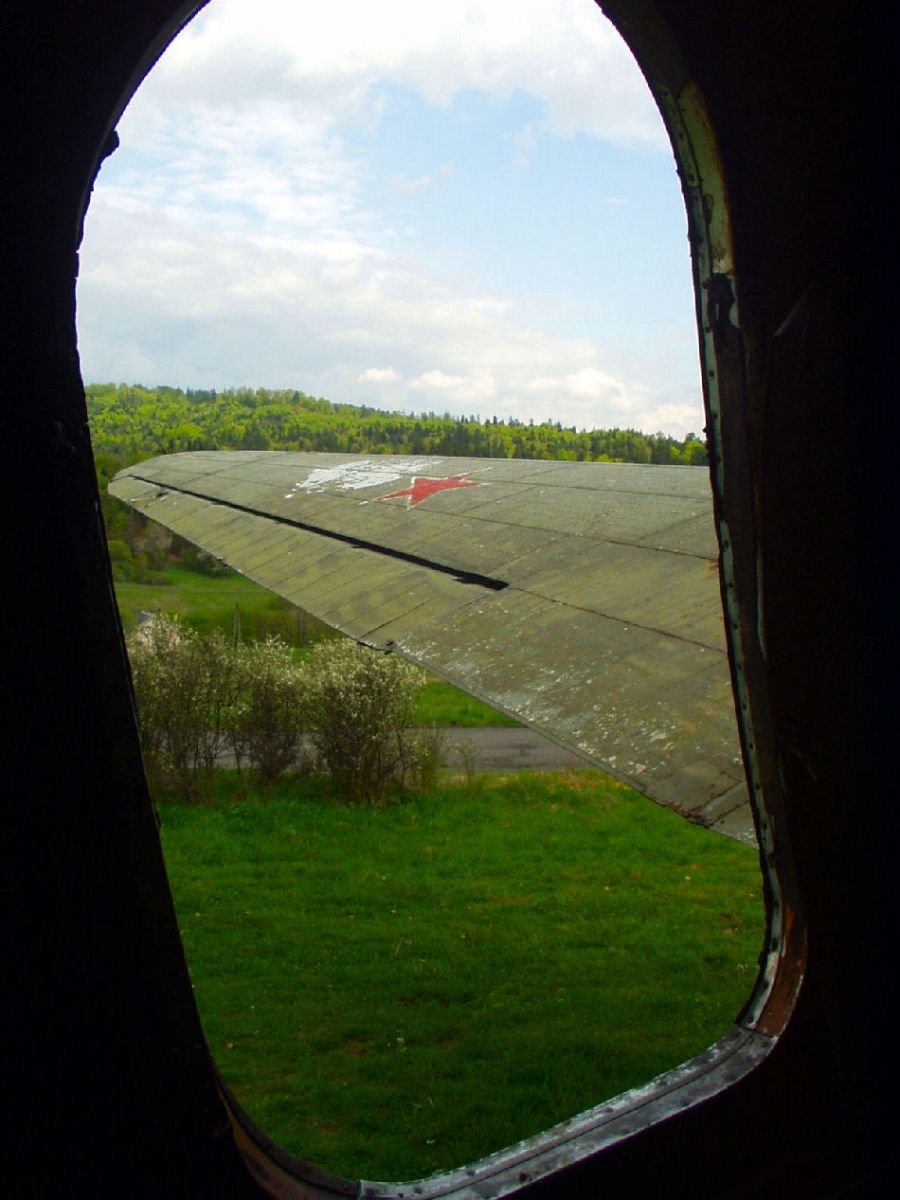 Photo of a plane's wing from its inside. The plane, together fith tanks, mortars, field guns and other planes represent the open air museum of the Dukla Pass Battle.

On the borders with Poland there is also a huge monumental complex with the busts of those officers and soldiers of the Soviet and Czechoslovak forces who distinguished themselves during the battle.