Part three: In the Skies of Britain 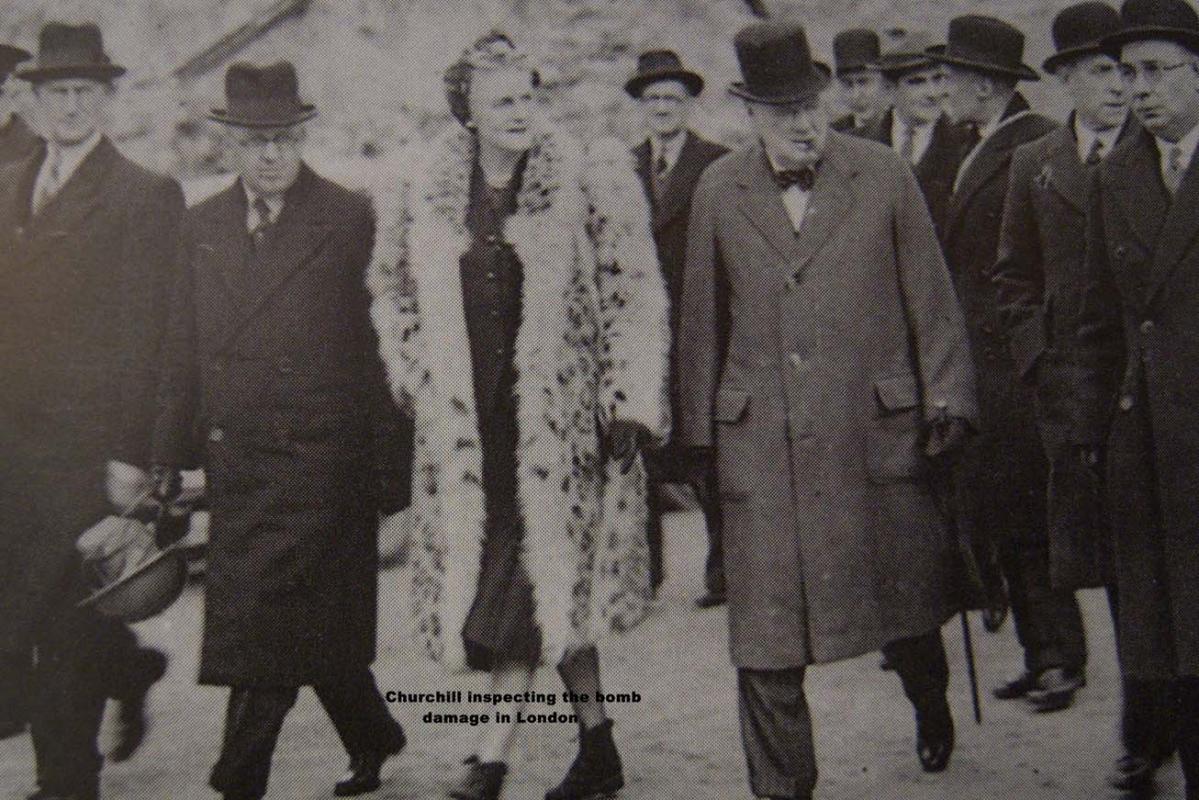 â€œThe Battle of France is over, I expect that the Battle of Britain is about to begin.â€ â€“ Winston Churchill, 18 June, 1940.

A most interesting point is that Churchill actually named the Battle of Britain a little less than a month before the battle actually took place, starting on 10 July, 1940. One should probably not be surprised that of all leaders throughout the history of warfare it would be Winston Churchill to name the battle beforehand. Was this due to intuition or that Churchillian Luck again? I would put it at 80% intuition; however that is open to opinion and debate. Historians tend to compartmentalise history into neat linear easy to follow stories due to the complexity of the events of the Second World War. I believe this has been done so often that most people tend to think that one event takes place and then by some convenient coincidence the next follows comfortably on the heels of the other. As we know this is seldom the case and the Second World War was no exception to the general rule. The North African Campaign, as an example, started on 10 June, 1940, one month before the Battle of Britain. The Russians entered Romania in June of 1940 to take back the province of Bessarabia which put the Soviet forces alarmingly close to the Romanian oil fields so important to Germany. This triggered an action on the part of Germany in 1941 that had a profound effect on the North African Campaign as we will see later.

As we have read Churchill wanted to avoid a head to head clash with the German Army on the continent. This was now a moot point as there were more Germans in France at this time than at a Bavarian Oktoberfest. To recap, Churchill, and Chamberlain, agreed that a naval blockage and aerial bombardment by the RAF would bring Hitler and his army to their knees. This would serve to avoid the war of attrition brought about by the trench warfare of the Great War. Both Britain and France thought any future wars would be static and fought from fixed positions and not the fluid warfare of the Blitzkrieg that they had just experienced. The Maginot Line was perhaps the best example of this common held, though erroneous, belief. What is not generally known is that Churchill actually lacked confidence in the British Armyâ€™s ability to meet and even hold their own against the German Army. While this sounds scandalous and perhaps even impertinent of me to say I think we need to realize that the size of the British Army was greatly reduced after World War One in favour of a large navy and air force. Added to this the material was not very modern compared with Germanyâ€™s and what they did have was, to a great degree, left behind on the beaches of Dunkirk. The situation in the aftermath of Dunkirk was that the British Army as a whole was not up to the task of an invasion. However, this is and was not to say that the individual British soldier was less than willing and capable of any challenge put before them; it was a matter of numbers and material.

In order for Germany to invade England (Operation Sea Lion) they first needed control of the skies over Britain requiring the elimination of the Royal Air Force. An attempted amphibious invasion of England without the elimination of the RAF would mean that the Germans would be attempting the crossing while being attacked by the RAF and the Royal Navy, not to mention the shore batteries of costal artillery. Two factors were against the Germans using their navy as support for Operation Sea Lion, one known and one still to be realized. The first, and known, factor was that the loss of so many ships during the British invasion of Norway left the Germans short of necessary naval support. The second point was that larger battle ships are fairly easy targets for bombers. While both sides were aware of this the magnitude of this fact was not brought to the forefront of military thinking until the great sea battles in the Pacific Theater between the American and Imperial Japanese Navies, much later in the War.

The Battle of Britain was to turn out to be the first major campaign fought entirely by air forces and involved the largest and most sustained aerial bombing campaign to that date. The initial targets of the Luftwaffe were coastal shipping convoys and shipping centers such as Portsmouth. It was later that the Luftwaffe shifted their concentration on RAF airfields then aircraft factories and other such infrastructure. Much late, as we will see, the German bombing targeted areas of political significance including the employment of terror bombing strategies, (as an example, the London Blitz). As stated earlier, the British put emphasis on bombers, (due to the naval blockade and bombing strategies before the War); therefore the German concentration on bombing the airfields and aircraft factories put a great strain on fighter command. Up until this time Fighter Command was operating at full capacity and without any reserve fighters to replace those lost through battle and wear and tear.

Things were looking bad for Fighter Command and Britain in general at this time. It was desperate enough that a significant number of the British population and politicians favoured a negotiated peace with Hitler. Churchill and a majority of his cabinet refused to even consider negotiations with the Germans. Churchill gave the following speech on 4 June 1940; I think it is appropriate that we review it here to give some insight into his determination and resolve.

On 24 August, 1940 Churchillâ€™s luck would once again serve him well when a German bomber accidently dropped bombs on London. Churchill grasped the opportunity handed him and ordered the bombing of Berlin. He calculated, correctly it turns out, that the bombing of the German capital would enrage Hitler and he would order his bombers away from RAF targets to the cities of England. A terrible choice had to be made but the saving of the RAF form destruction would mean the salvation of the Nation itself. It was from this point on that the Germans were at a disadvantage in the battle. The Luftwaffe was at a disadvantage from the start which was offset by the British lack of reserve fighters. The disadvantage was in the German strategic use of their bombers. Up until the Battle of Britain bombers were used to support ground troops and this worked very well. The whole â€œmachineâ€ was run on the theory of fighter/bomber/ground forces supporting one another. During the Battle of Britain they were faced with the use of radar giving their position away to the RAF, this included their fighter escorts. With no ground support to take out the radar stations the German fliers were in a very vulnerable position. While the London Blitz continued until May 1941 the failure of the Luftwaffe to break the RAF led to the postponement and finally the cancellation of Operation Sea Lion.

The London Blitz was the one event, perhaps above all others, was the making of the image of Churchill. His tours through the bombed out areas of the City, famous hat and coat, cigar in one hand and the two fingers held up in the form of the â€œV for victory and numerous photo opportunities catapulted him to world celebrity. The Battle of Britain itself was the turning point of the whole war, though this was not recognized at the time. Up until Hitler lost the Battle of Britain he had not suffered a significant defeat. This is not to come as much of a surprise as the vast majority of his victories, up to this point, had almost been gifts; in some cases bloodless campaigns. This is where the Germans were stopped and from this point forward, with exceptions, the course of the war would go against the Nazis. Even the great battles such as Stalingrad, which has been held up as breaking the German military might, it was the Battle of Britain that showed both the world and the Germans themselves that Hitler was not invincible and a determined nation could indeed make a difference.

Winston Churchill summed it up well in his Battle of Britain speech,
â€œIf the British Empire and its Commonwealth lasts a thousand years, men will say, â€˜This was their finest hourâ€™â€.

Next month: The North Africa Campaign.