8th - 9th of October 1916. Outskirts of Brașov (Brasso), near the train station of Bartolomeu. After a two days battle against the german and austrian armies, repelling many weaves, an entire romanian regiment of 300 soldiers is killed by the german-austrian artillery, without any survivors. Historiography generally agrees on what has happened, but presentations vary in detail, and sometimes interpretation becomes tendentious. The Romanian-Romanian newspaper "Gazeta Transilvaniei" reported the event five years after its production: "It was a huge battle during which the company and half of the 45th Regiment (Vlasca) had spent all the ammunition. The enemy, seeing the stubborn resistance that opposes it, was the belief that there was a strong Romanian archery in front of him. Consequently, he concentrated more powers and after two days of fighting, he forced the night to Oct. 10. (Sunday) the crossing of the railway beyond Bartolomeu station, which Captain Cristescu Sava defended with 1/2 company, who had to withdraw in front of the enemy puff. By this sudden retreat during the night, the left wing of the line of shooters, which was hauled along the railway line from Bartholomew railway station to Brasov railway station, remained uncovered and unaware of what had happened. The enemy, who had crossed the line using the darkness of the night, snatched two machine guns into the Bartholomew machine depot, placing them in a window to the left flank of the line of shooters, and behind the line of shooters, armed with hand grenades. In the morning of 10 Oct. the Romanian company suddenly woke up from its flank with a machine-gun fire. Many soldiers have fallen dead in the first few moments. Those remaining alive have begun to retreat to the city. But taking a few steps back, they were greeted with hand grenades. Of about 250 soldiers, who were along the track, he did not get away with life. All were barbarically killed on the flank and back. This cruel act, which the enemy also recognized in describing the Battle of Bartholomew, was undoubtedly a vengeance for the two-day struggle that fallen Romanian heroes and the fear that the opponent had stopped for 2 days the advancement is found to be much higher than it actually was. Immediately after the fight, an enemy officer photographed the line of shooters with the fallen Romanian soldiers ... By concluding another finding made by the enemy. For the soldiers fallen in the line of shooters, no cartridge was found. Evidence that in the 2-day battle they shot all the bullets. "

Photos taken by the German army, shortly after the cessation of fire, and published in a war propaganda booklet: 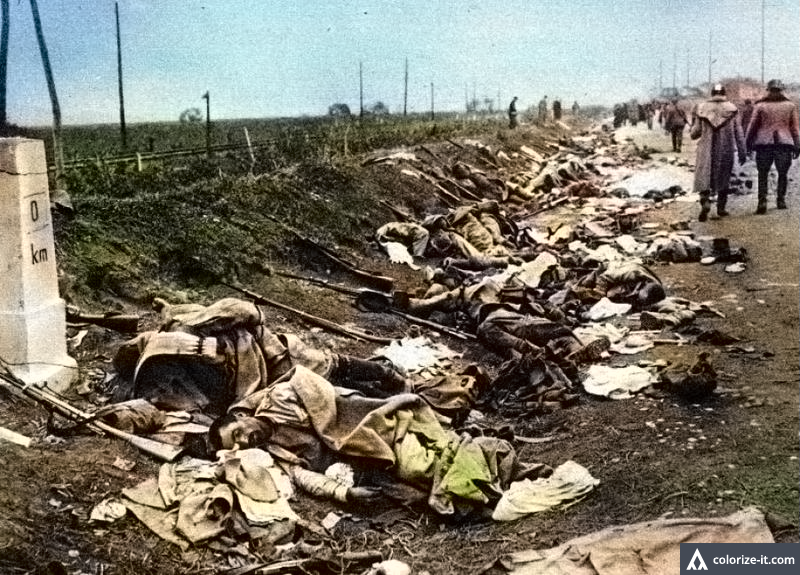 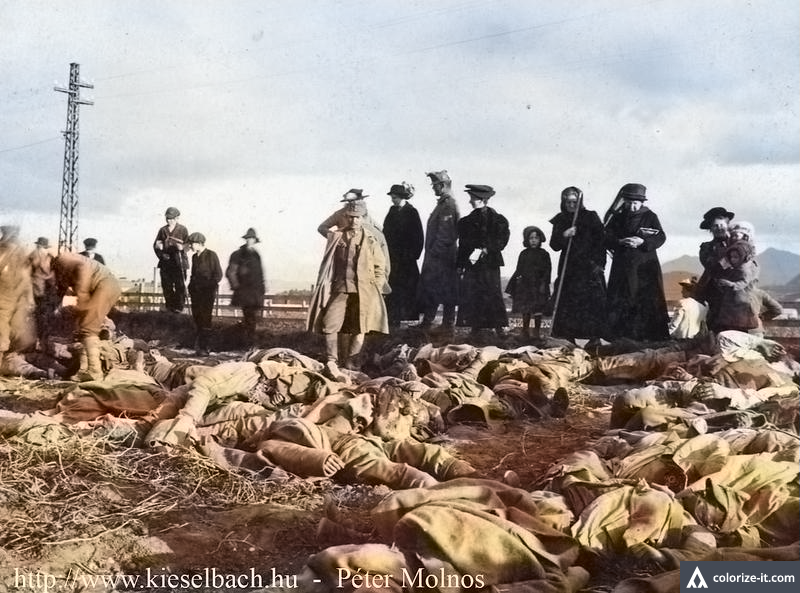 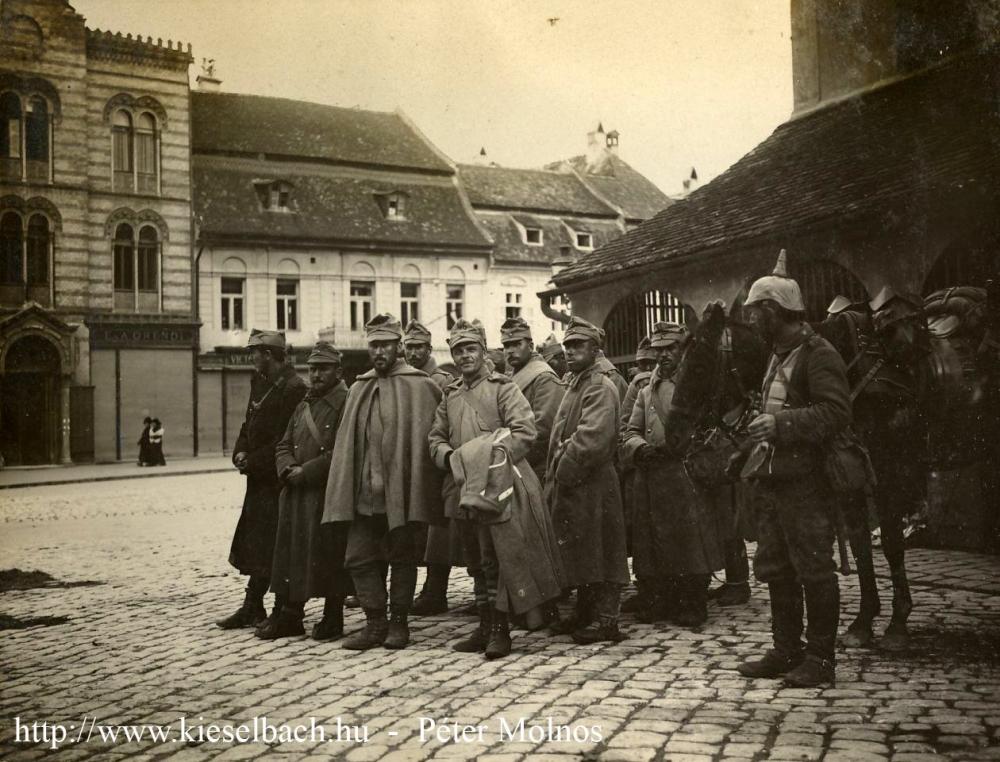 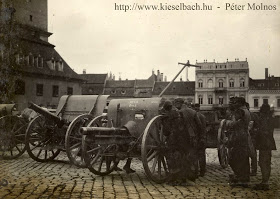