The arms supply of the Romanian Armed Forces after the Independence War was made almost exclusively by foreign acquisitions. In view of the accession of the Kingdom of Romania to the Triple Alliance, these acquisitions were made mainly from German companies - for artillery weapons - and Austrians for light infantry weapons. On the other hand, the provision of aircraft and the navy was done through French, British and Italian firms. In this respect, General Dumitru Iliescu remarked with bitterness that "the real arsenal, our pyrotechnics and our pulverization were in Essen-Krupp (for cannons) or in Austria, Steyr (for rifles) and Hirtenberg (cartridges), Bluman, Troisdorf and Rottweil (for powders)". At the beginning of 1914, the War Ministry drew up a plan to complete the war material, which provided for the purchase of the following military equipment from abroad, especially from Germany and Austria: 200 000 rifles, 134 machine guns, 582  machine gun rifles, 22 000 carbines, 45 000 guns; 85,000 daggers; 60  75 mm field batteries, 26 heavy 155 mm cannon batteries, 100 million infantry cartridges, 4,000  150 mm shell projectiles. The outbreak of war stopped importing, until August 1914 reached the country with only 24 machine guns, 102,806 rifles and 29,535 Mannlicher carbines. At the outbreak of the war, the Romanian Armed Forces, in terms of combat capacity, could not provide the force instrument at the hands of the country's political leadership to achieve the goals of eventual participation in hostilities. This state of affairs was due to a permanent neglect of the army by political decision-makers. As shown by Ion G. Duca: "The expedition in Bulgaria from the previous year showed that our military power was fictitious, that our army did not have enough cadres, that its reserves were not organized, that equipment, ammunition, weaponry, heavy artillery was missing , services back, drugs". Under the impact of these lessons identified, the new liberal government installed in early 1914 decided to launch a massive recovery program and strengthen the military's combat capability, which is in a critical situation because, as general Dumitru Iliescu showed, the sub- Chief of the General Staff, "on January 1st 1914, the army was in the greatest lack of everything it was necessary to enter the campaign." In this context, the Ministry of War - whose owner was even Prime Minister Ion I.C. Brătianu and the General Staff have developed four military reform plans with the overall aim of increasing its combat capability, including the "Plan for the Completion, Transformation and Repair of Weapons, Ammunition and War Materials" and "Equipment Completion Plan of all categories, and that of resolving the subsistence of humans and animals at all echelons of struggle and studying the establishment of large centers for the supply of nutrition and equipment." To implement these plans, significant funds were allocated, both through budget and extraordinary credits. The budget of the Ministry of War increased from 73,000,000 lei in 1913 to 115,000,000 lei (18% of the state budget) in 1916. At the same time, until the autumn of 1916 the amount of the credits for the army reached 700,000,000 lei, and until Romania entered the war at 838,841,215 lei. Regarding the addition of military equipment and military equipment, military officers had to cope with two critical situations: the lack of qualified personnel and means for domestic war production and the restriction of external supply sources, the two coalition battalions being reluctant when it was about honoring the orders of the Romanian state. Also, the variety of armament gauges had a negative impact on the training of troops, not allowing the uniformity of instruction and brought difficulties in the supply of ammunition during the World War. The result of the efforts of the years of neutrality resulted in the transformation of the Romanian army into a fighting instrument, but with two great limitations: an inferiority of the technical endowment - as a result of the difficulties in providing arms and ammunition as a result of the outbreak of the war - and a lack training and instruction on new methods, tactics, and procedures for fighting the warfare.

In the period immediately following the conquest of independence, a first stage of the process of endowing the Romanian Armed Forces with modern armaments took place. The German Henry-Martin Caribbean model 1879, imported from Germany, as well as the Steyr carabiners in Austria, have now been purchased and imported. In a later stage, starting with 1894, they were replaced by the Mannlicher re-rifle, model 1893, caliber 6.5 - for infantry and similar caravans for cavalry.

The Mannlicher was delivered in a modified model according to the requirements of the Romanian part (especially the replacement of the standard 8 mm diameter pipe with a 6.5 mm diameter), known as the "Mannlicher Romanian model - 1893". Until 1902, 150,000 such rifles and carbines were ordered. With the entry of these weapons, ammunition with smokeless powder was introduced, which provided an initial bullet velocity of over 700 m / s.  After 1910, the first automatic weapons, the Maxim, Md. 1909, cal. 6.5 mm (specially modified to use the same ammunition as the Mannlicher rifles), Germany, and Schwarzlose, Md. 1907/1912, 6,5 mm, from Austro-Hungary. The quantities delivered until the outbreak of the war were small, providing only the endowment of a four-piece company for each infantry regiment (160 pieces).  Prior to World War I, the infantry armament of the Romanian Army endowed: 474,036 rifles, 39,231 carbines, 413 machine guns and 61,189 pistols and revolvers, of a great variety of types and sizes, which would negatively influence both the quality of troop training and the supply with ammunition during the war. Here is a list of the infantry equipment used during the war:

The cavalry troops were endowed with the same type of weaponry as the infantry, with the specification that it was the carbine variant of those weapons:

At the beginning of the war, the field artillery was endowed with German Krupp steel cannons, model 1880, 75 mm and 87 mm guns (slow-blowing cannons). Starting 1905, the "fast-pulling" cannon, M.1904 Krupp, a 75 mm caliber, with ammunition using smoke-free powder, was fitted. In addition to the cannons, the field artillery was also equipped with a large caliber "Krupp" model 1901, caliber 120 and model 1912, caliber 105 and "Schneider-Creusot" model 1912 caliber 150 (imported from France). The artillery was equipped with bronze cannons "Armstrong", model 1883, caliber 63 mm. Prior to the war, a small number of more efficient French cannons "Schneider-Creusot", model 1912, caliber 75, came from import. Fortress artillery was equipped with German cannon "Krupp" and French "Hotchkiss", with cubed dome produced at "Saint Chamond" (France) and "Grüson" (Germany).

The aeronautics had two sections in 1913, the first of which had five "Bristol-Coanda" machines at the Cotroceni Pilot Military School, and the second nine Bristol-Coanda aircraft, "Bleriot", " Farman "" Vlaicu ". Until the outbreak of the war, the number of planes reached 29. Planes used:

The Military Navy's development program provided for the purchase of twelve new ships (three torpedoes, a cruiser, five police boats, three cannon boats) from French and British companies between 1886 and 1887, as well as various shipping and barges produced at the Galati Flotilla Workshop. Since 1906, eight UK stars have been introduced to the Danube Fleet, and four Italian monitors have been hosted. 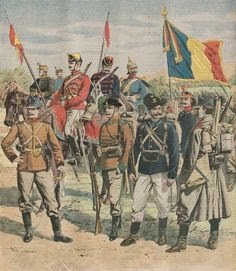 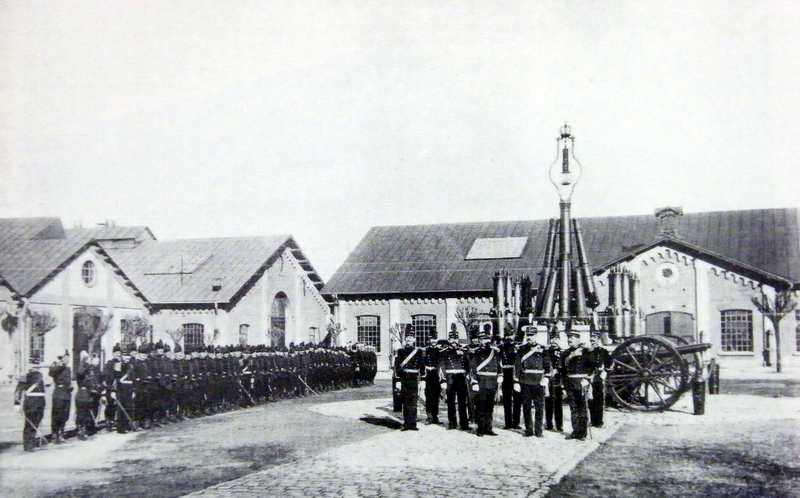 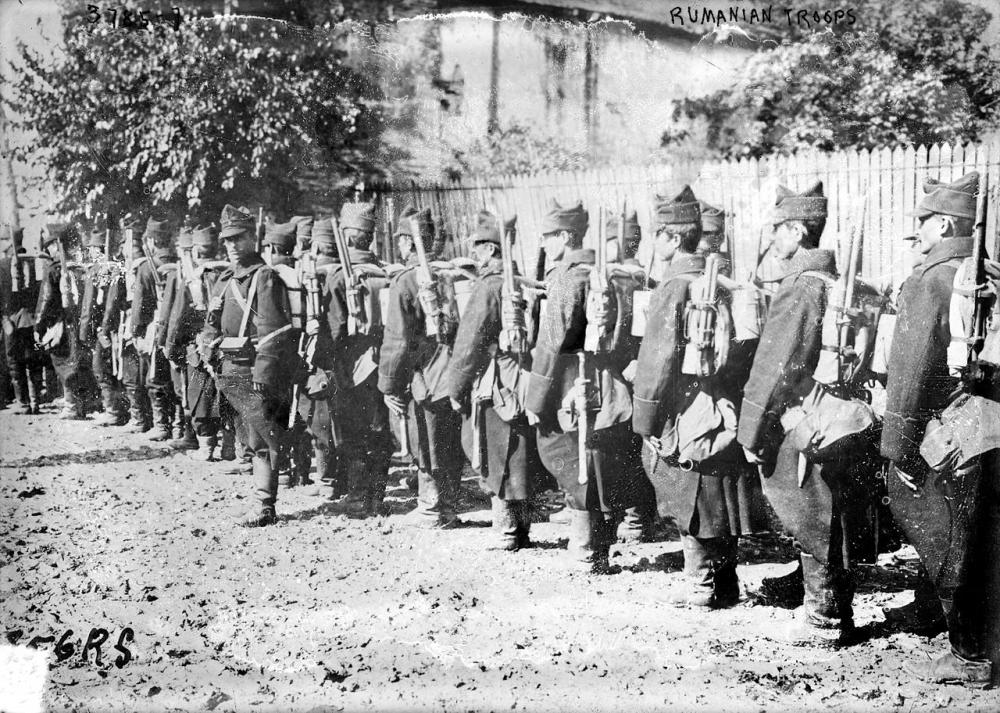 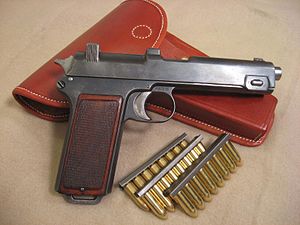 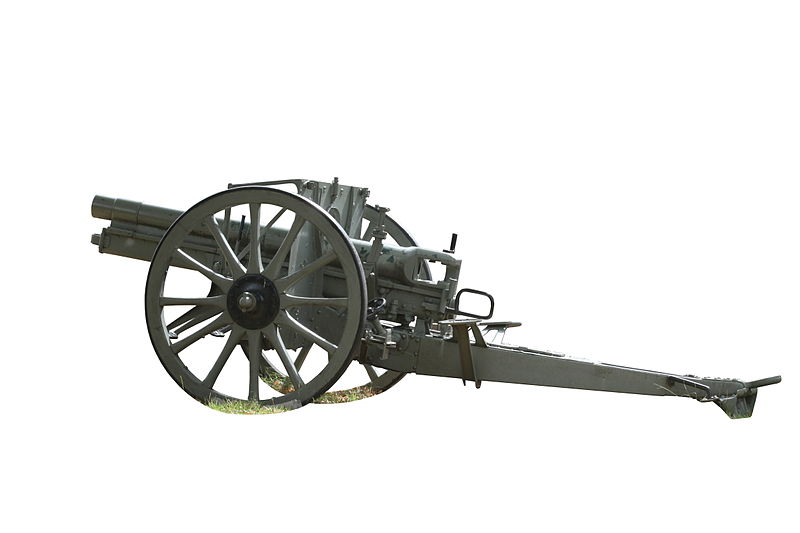 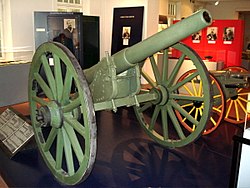 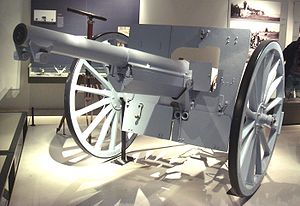 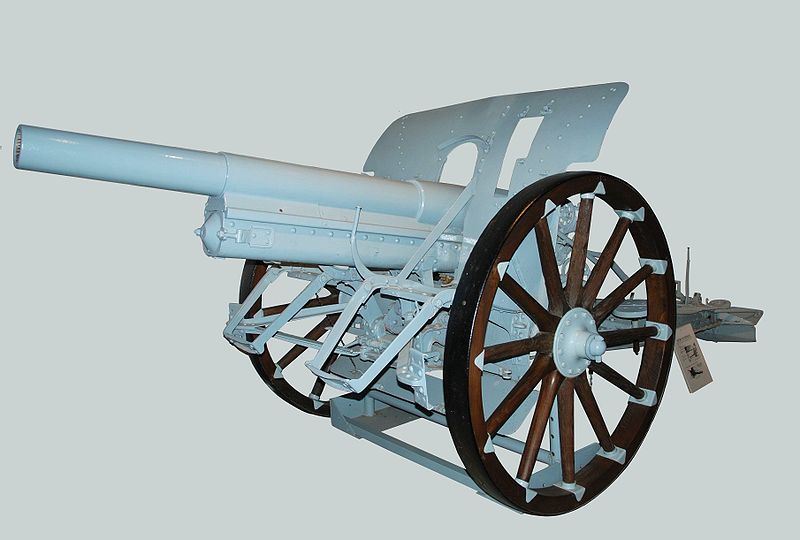 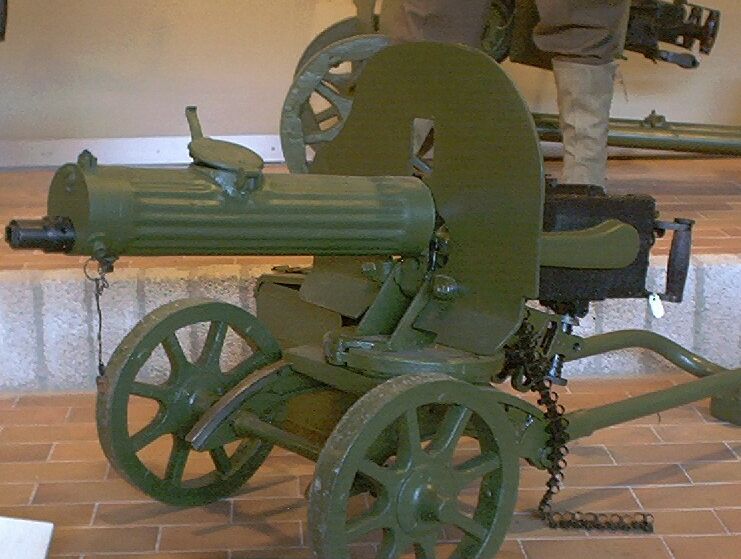 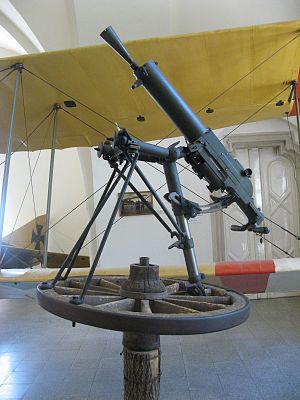 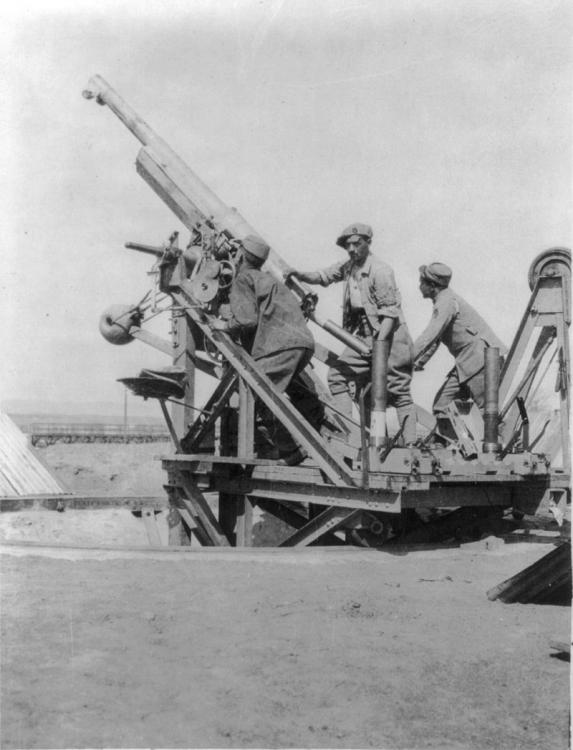 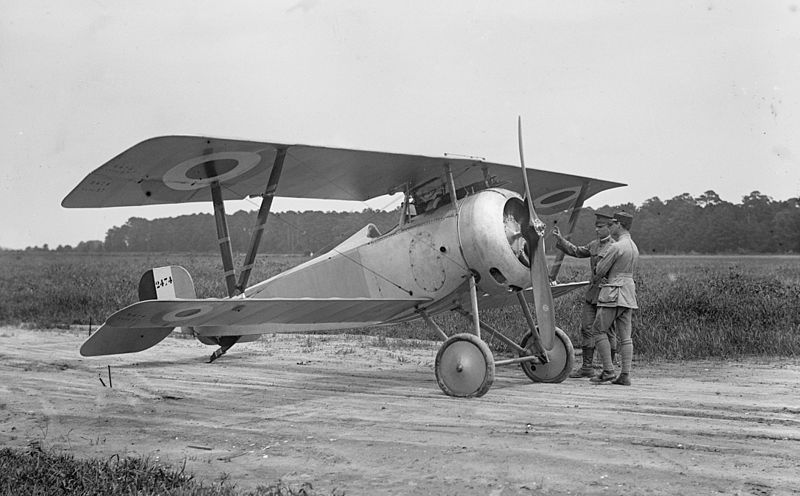 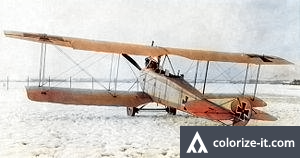 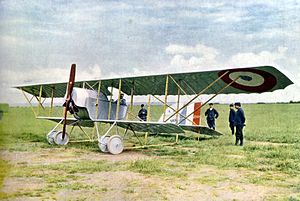 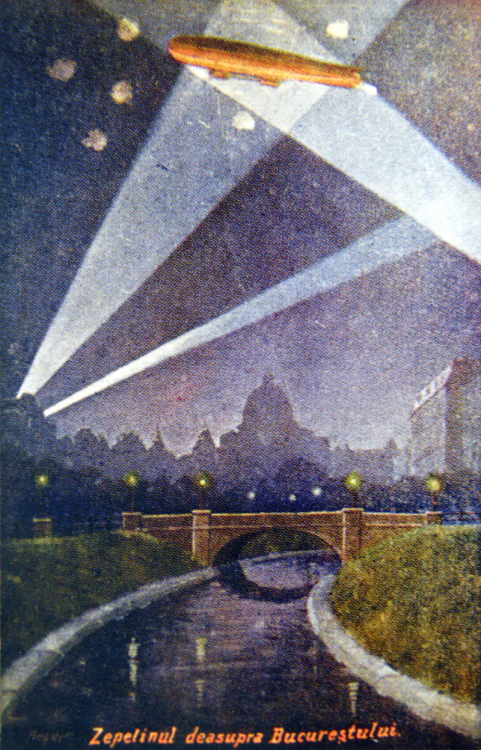 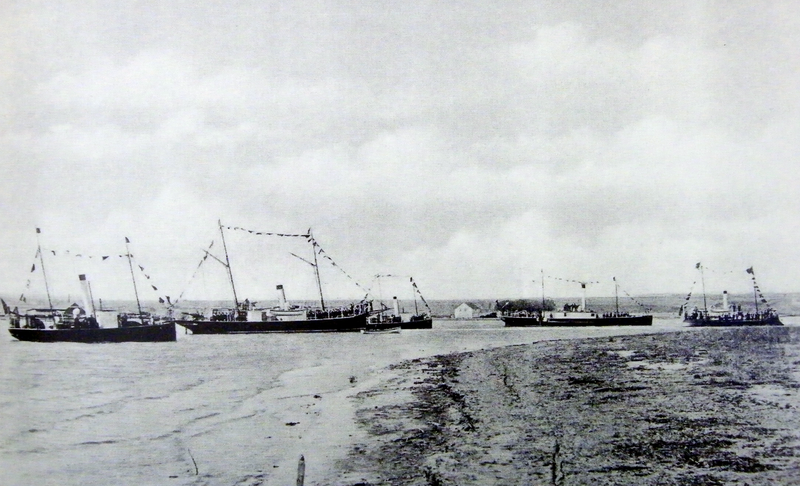