Continuing the series of the Romanian made planes, here comes the IAR 37, a bomber produced during the Interwar period and used on the Eastern Front.

IAR 37, IAR 38 and IAR 39 is a series of Romanian biplane airplanes with three seats for easy reconnaissance and bombardment of Romanian conception and achievement of the 1930s. Its producer is the Romanian Aeronautical Industry.

In 1936, the IAR Factory carried out the design of a reconnaissance and bombardment aircraft easily derived from the French aircraft Potez 25. Initially, this aircraft was equipped with the engine IAR 14K, a Gnome-Rhône Mistral Major engine, which was manufactured under license. The prototype (IAR 37.1) was tested in the spring of 1937, and as a result of the good test results, it began to be manufactured under the name of IAR 37. On the basis of a contract with the Ministry of Air and Marine, by the end of 1937, pieces. Still, the IAR 14K engine was not available anymore, so there was the problem of adapting another engine. In the summer of 1938, the BMW-132A engine, 700 hp, was adapted for which some changes to the cell were needed. The version equipped with this engine was called IAR 38 and from this version were produced 75 copies. In November 1938, the new IAR 14K II C32 engine was equipped with 49 IAR 37 airplanes, but due to the increasingly powerful engine variants, there were structural problems that required changes to the project initial. The first device of the new variant, called IAR 39, made the first flight on 13 March 1940, and by the end of the year 95 pieces were produced. As the IAR plants were busy with the production of IAR 80 and SM 79B bombers, starting with 1942, the production was transferred to SET Bucharest, where the aircraft also received an improved engine, the IAR 14K IVC engine. The variant made at SET was called IAR 39A. Production ceased in the autumn of 1944 after 160 aircraft had been produced. On the series of airplanes produced at the SET was added the letter "S".

The first planes were equipped with the observation squadrons in 1939. By the end of 1940, three Information Floats were fully equipped with IAR 37, 38 or 39 planes. The organization was as follows: Fleet 1 Information, based on the Iaşi airfield, consisting of 19, 20, 21 and 22 observation squadrons; Fleet 2 Information, based on the Someseni-Cluj aerodrome, which consisted of observation squadrons 11, 12, 13 and 14; Fleet 3 Information, based on the aerodrome in Galati, which consisted of observation squadrons 15, 16, 17 and 18. Each squadron consisted of 12 apparatus. The first wave in 1941 Modification These fleets participated in World War II with the start of Operation Barbarossa on June 22, 1941. Each army corps was attached to observation squadrons, used to observe and photograph the front line and the movements of enemy troops. Of the total, 11 squadrons (No. 11, 12, 13, 14, 15, 16, 17, 19, 20, 21 and 22) were used in reconnaissance, observation and liaison missions and one (18) easy bombardment. They were also used to attack enemy troops, artillery positions, convoys, anti-aircraft guns, and partisans. The distribution of the squadrons was as follows: Squadrons 11, 12, 13, 14 were assigned to the Aeronautical Command as the escorts to link to the 3rd and 4th Armies. Squadron 15 was attached to the 1st Armored Division. Squadron 16 is at the disposal of the Dobrogea Aeronautical Command. Squadrons 17, 20, and 22 served the 4th Army as observation squadrons. Escadillo 18 was part of Group 2 of Fleet 2 Bombardment. Squadrons 19 and 21 served the 4th Army as observational escads. The first loss occurred on the very first day of the attack, when an IAR 37 of Recognition Squadron no. 19 was shot down by a Polikarpov I-153 VVS (Voenno-Vozduhnîe Silî) - Soviet Air Force. On this day, four observation devices were lost. The first victory was approved two days later, when Sergeant Vasile Puşcaşu, the backside machine gun of an IAR 39 apparatus of the Recognition Squadron no. 22 shot down a Polikarpov I-16 "Rata". During this first campaign, 30 IAR type 37, 38 or 39 were lost.

Modification In the Stalingrad campaign from September 1942 to January 1943, six of the observation escorts and the light squadron were involved. Campaign losses were 13 IAR 38/39.

Modification In 1943, most missions aimed at recognizing the Black Sea and escorting convoys between Constanta, Odessa and Sevastopol. Also, missions to recognize the front area were performed. Since November 1943, some IARs 37 and 39 have been used to tow DFS-230 sailplanes of the Aircrafts Squadron 109 Squadron. The IAR 38 machines, due to their weaker engines, could not pull the loaded gliders to their payload capacity of 1100kg but loaded with only 500kg.

Change In 1944, IAR 39s were fused into 9 observation squats, and IAR 37s equipped the light bombardment squadron. They all performed missions in the front area. After the events of August 1944, two observation squads of the Observation Group 2 took part in the campaign in Transylvania. Two more observation squads of the Observation Group 1 soon joined them. In the Transylvanian campaign, 10 appliances were lost. The campaign continued in Hungary, Slovakia and the Czech Republic. Due to the few remaining enemy fighter jets, the losses in the observation devices were determined by the air defense. The last plane lost in the war was an IAR 39, on May 8, 1945, near Voderady, in eastern Moravia. The last mission of ARR in the war was on 9 May 1945, observing the handover of German troops. With all their low speed and vulnerability due to the lack of any armor, IAR 37, 39 and 30, nicknamed "Santa Claus", were used by ARR from the first to the last day of war. Because of them, the infantry had a sense of security knowing them patrolling over and directing the artillery.

After the war, the remaining planes received civilian registrations and were used until the 1960s. None has been preserved to date.

The Piaggio-P.XI engine is derived from the same engine Gnome-Rhône Mistral Major as the IAR 14K, which is extremely similar in appearance. The fuel could be loaded into two tanks, one of 539 liters and one 123 liters fitted under the pilot's seat. The propeller was bipolar, wooden, with a diameter of 3,400 m.

The board equipment with which it was equipped also allowed night-time navigation. The plane had two retractable headlamps. The airplane had a fire-extinguishing facility and oxygen installation for each member. The aircraft had a Telefunken 901 A/F radio with a power of 20 W with a fixed antenna and a moving antenna. 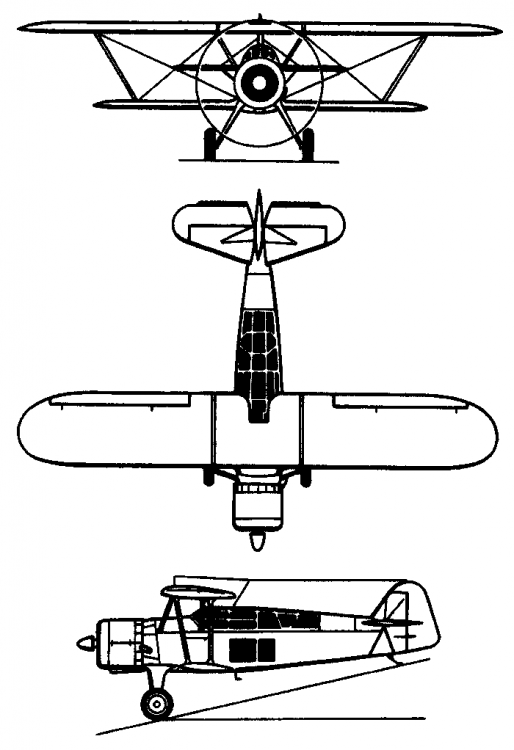 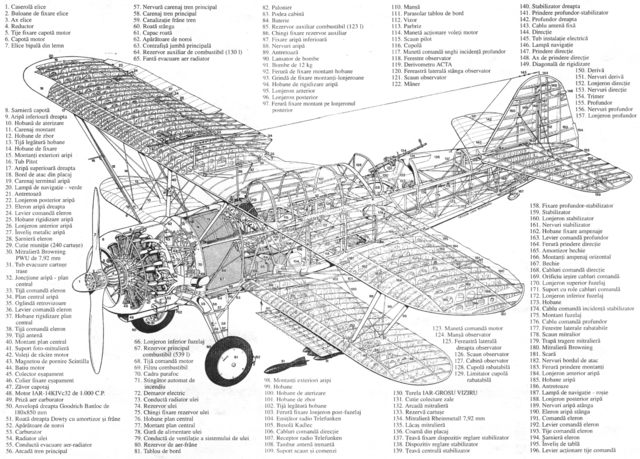 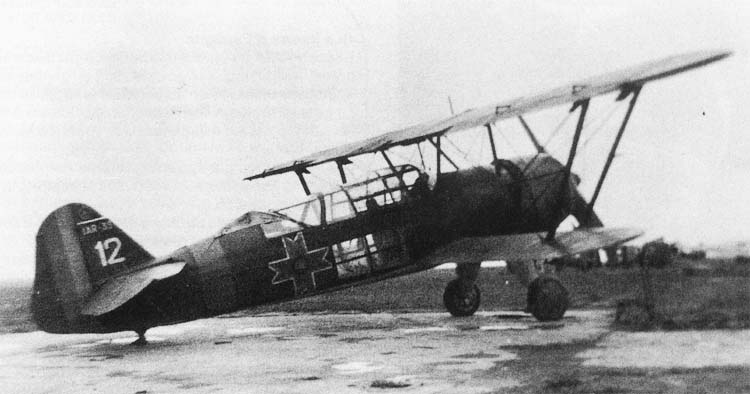