It has been a while since I’ve written a blog and thought I should catch you up on News from the Home Office. I would like to first reference a couple of earlier blogs dealing with collecting, “Space: The Final Frontier” and “Why Collect – The Best Answer” as a lead-in to this entry. We discussed the problems of a collection outgrowing the space available and the reasons for collecting. Thanks goes out to Beau Newman for his comment under the blog, “Why Collect” and pointing out that collecting is a poor investment; a topic that ties well into what I am about to talk about.

I don’t know about you but I used to have a habit, perhaps bad, depending on your point of view, where I would attend a show and not finding anything that I was looking for purchase something that “fit into the collection”. Let me explain. As an example when my main focus was British military medals and finding nothing new and exciting at a show I would purchase something like a brass tobacco/candy box that was given out to the troops in WWI at Christmas 1914; or another such box that was given out in 1900 to the troops in South Africa wishing them a Happy New Year during the Boer War. These are real examples but could have just as well been an artillery shell, bayonet or even an elephant goad or ankus. You’ve probably heard or even said yourself, “That would fit into the collection”. You can only do that so many times until people visiting your collection use the term “eclectic”, but not necessarily in the best way. The Victorians liked clutter, but organized clutter. Their dens and collection rooms were a menagerie of things natural and man-made and photos of such parlours demonstrates this well; just Google this under images to get the idea of what I mean. My wife insists I was born in the 1850s and never really left that era. I might agree with her in that my collection room and office are indeed a somewhat organized chaos, I like to say it is organized, or even selective, hording.

Rest assured that I have read and researched the Victorian period and back as far as the George II era and have no delusions about wanting to have lived in those days. There are children back then that had lives so much harder than mine as to make my life seem like extreme luxury by comparison. Having said that, I see no issues with wanting to study what I will term as pre-Edwardian eras.

My past addiction to making purchases that “fit in” started to fill my available space to beyond capacity. These I have often said were those, “What the Hell was I thinking?” purchases. I realised I needed to make a change in my thinking, a paradigm shift so-to-speak. To this end I called a couple of local antique dealers, pickers, if you will, to come over and see if there was anything that they might consider interesting enough to purchase. This is much like the television program “American Pickers” or the poorer cousin program “Canadian Pickers”. They come to your home and look through your collection and if something sparks their interest and is for sale they make an offer and after some negotiation a deal may made. If you have seen or even see re-runs of the program “Canadian Pickers” and are not Canadian please let me assure you that these two DO NOT exemplify what Canadians are like. Enough about them other than to say I do not respond well to rude and crude people! This initial purge of odds and ends rid the collection of the most unwanted items but still there existed too many collectables and themes to which I no longer desired to continue to add specimens.

A couple of years past and I started to become very aware that I had to do something as the problem of space to house the collections simply had not been alleviated. Looking at options: Option One: Take over the guest room across the hall from the main collection room. That might work but where would the in-laws stay when they visited, solution: SOMEWHERE...ANY WHERE ELSE! That was starting to sound better and better all of the time (in my head). Of course that would also include our grandchildren as there would exist no spare room, so that was out of the question. Option 2: Sell off a sizeable portion of the collection. I almost threw up a little in my mouth just at the thoughts of this; however, as time went on and the problem just got worse (it never occurs to me to stop collecting)  option 2 started to sound a lot more palatable.

How to decide? Since the medals were housed in shallow drawers in several cabinets selling them off would not give me the needed wall space, especially considering that above each cabinet the wall space was already occupied. And that material is not up for consideration, for one reason or another. I thought about it and decided to apply something I had experienced years ago.

Have you ever visited someone who lived in a house where the water contained an extreme amount of sulphur? If not allow me to say that it smells exactly like rotten eggs. I grew up on a farm so I have always assume everyone knows what rotten eggs smell like, the odour they add to natural gas smells like this. The people who live in houses where there is sulphur water get so used to it that washing in and drinking the water is no problem at all and they no longer actually detect the smell...they become “nose-blind”, to paraphrase a current television commercial for air freshener. We can also get so used to our surroundings that we no longer notice things like a messy garage or perhaps a storage room stuffed with odds and ends in boxes prompting us to keep that door closed for fear of a junk avalanche.

Were there areas in the collection room where this applied; turns out that there was. The police headgear was the first to grab my attention. I really never looked at this display much anymore and usually when I did it was to dust off the hats and helmets. This was a good sized display and other than a few helmets that were gifts I felt I could part with them. On the opposite wall was another good sized display of modern firearms. I really like my British military musket collection (housed in another display that had originally been a wide closet and therefore has garnered the title of “The Musket Closet”. This display of modern weapons was situated in another former closet, a nine foot wide and 28 inch deep closet one of the many I had built in our daughters’ bedrooms, anticipating the day when they would hit their teen aged years and their wardrobes would explode, needing more space. While I dust, clean and re-wax my musket collection quite frequently I found that as time passed this became more of a chore when it came to the modern firearms.

I called two dealers I have know for a long time, one who has several police collectors waiting for new items to become available through him and the other dealer who has a website and sells everything from muskets to land mines. I evaluated the two collections and decided on the price I would accept and made appointments for them to visit. I will admit that perhaps because I have known these two fellows for decades I was a bit “kind” with my expectations and both disagreed that I was too low on my estimates and offered well above my asking price. Perhaps they felt the same way toward me, being long term acquaintances, as this is a rare occurrence indeed when trying to sell to dealers.

I finally had my space and lots of it. The office is now pretty much the police room with painted truncheons, tip-staves, headgear, lanterns and police swords. The collection room is now devoted mainly to Victorian and pre-Victorian items, after a small bit of renovation to the modern firearms area. Do I miss those items? No, not really, I think I was done with them and it was time they went to other collectors who would appreciate them a lot more. I have decided to let some medals and small odds and ends such as bayonets and police helmet badges go and will be setting up as a vendor at two different militaria shows in our area starting this fall. Of course one problem solved often results in a new issue. There were quite a few spaces to be filled in the new display area so some of the swords displayed will be “rotated out” as I upgrade and others are duplicates. OK, I’m really stretching things to call this a problem; perhaps a “happy results” to reducing the collection as a whole is more accurate. Collectors, like soldiers and police, are only happy when they are complaining.

As to the idea of an investment, mentioned earlier. It is a poor investment concerning the return on the dollar, even when dealer/friends are involved. Here is something you will seldom here regarding “investing” in collectables. If we take $10,000.00 as a figure for example and invest that in true investments you will do better in the long run financially. However if one person, say you, takes that $10,000.00 and puts it in collectables and your neighbour spends his money on trips to some exotic locations then in ten or twenty years you both need a new roof on your house here’s the difference. You will be able to recoup at least a portion of your ten grand and after your roof has been repaired perhaps even be able to purchase some pots and pans to lend to your neighbour when it rains. If you want to use this angle the next time your hobby spending becomes an unwelcomed conversation between you and your spouse, just know that you are on your own. Your first mistake could have been taking my advice in the first place; my logic has a track record of being slightly flawed. 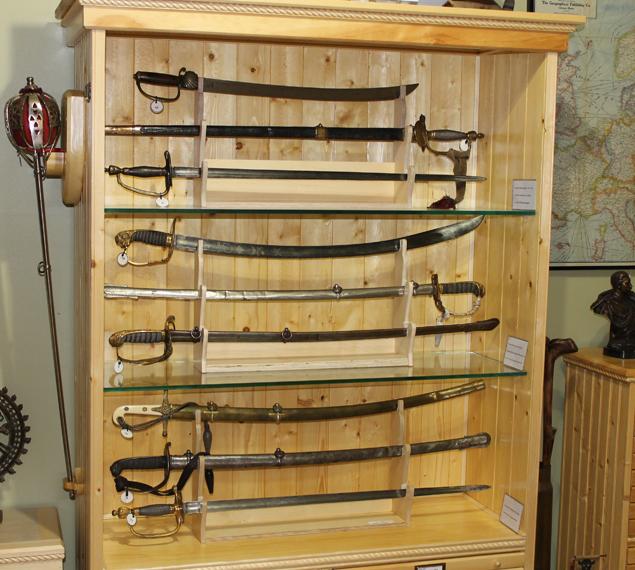 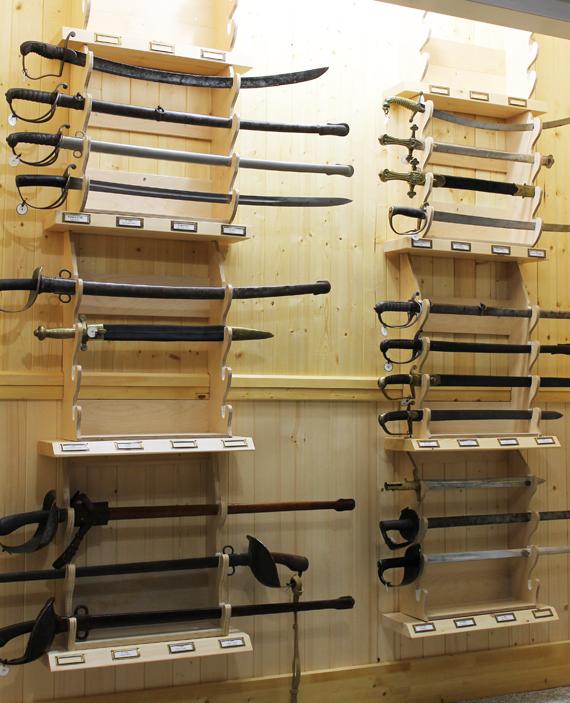