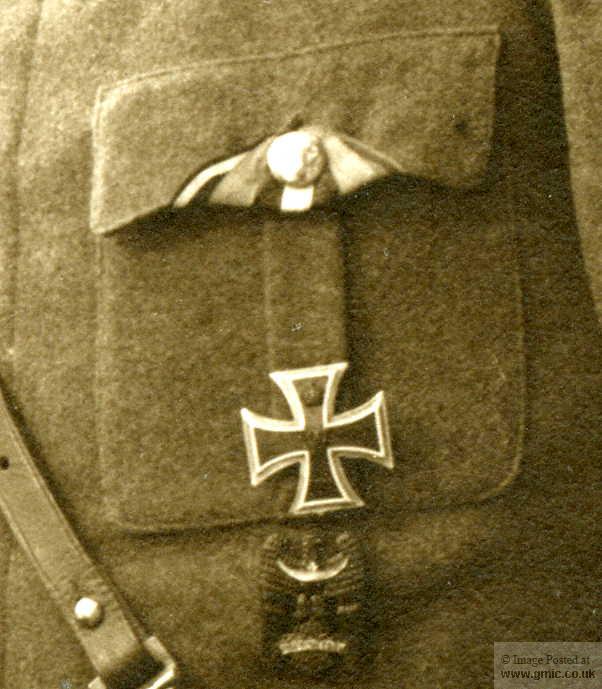 Police Lieutenant Behrens (who vanishes from traceable Third Reich Rank Lists) is wearing FIVE ribbons from his left breast pocket flap, ranging from the Iron Cross 2nd Class at left as viewed to fully exposed Sileseian Eagle 2nd Class ribbon in third place directly under the button. The other three awards remain unidentified at this point, though the last seems to be soime class of a Saxe-Ernestine (medal?).

It was precisely to prevent such MESS as this that small ribbon bars were created in 1915 and universally authorized by 1916.

His wearing this peculiar personal fashion statement in 1920 is quite odd.