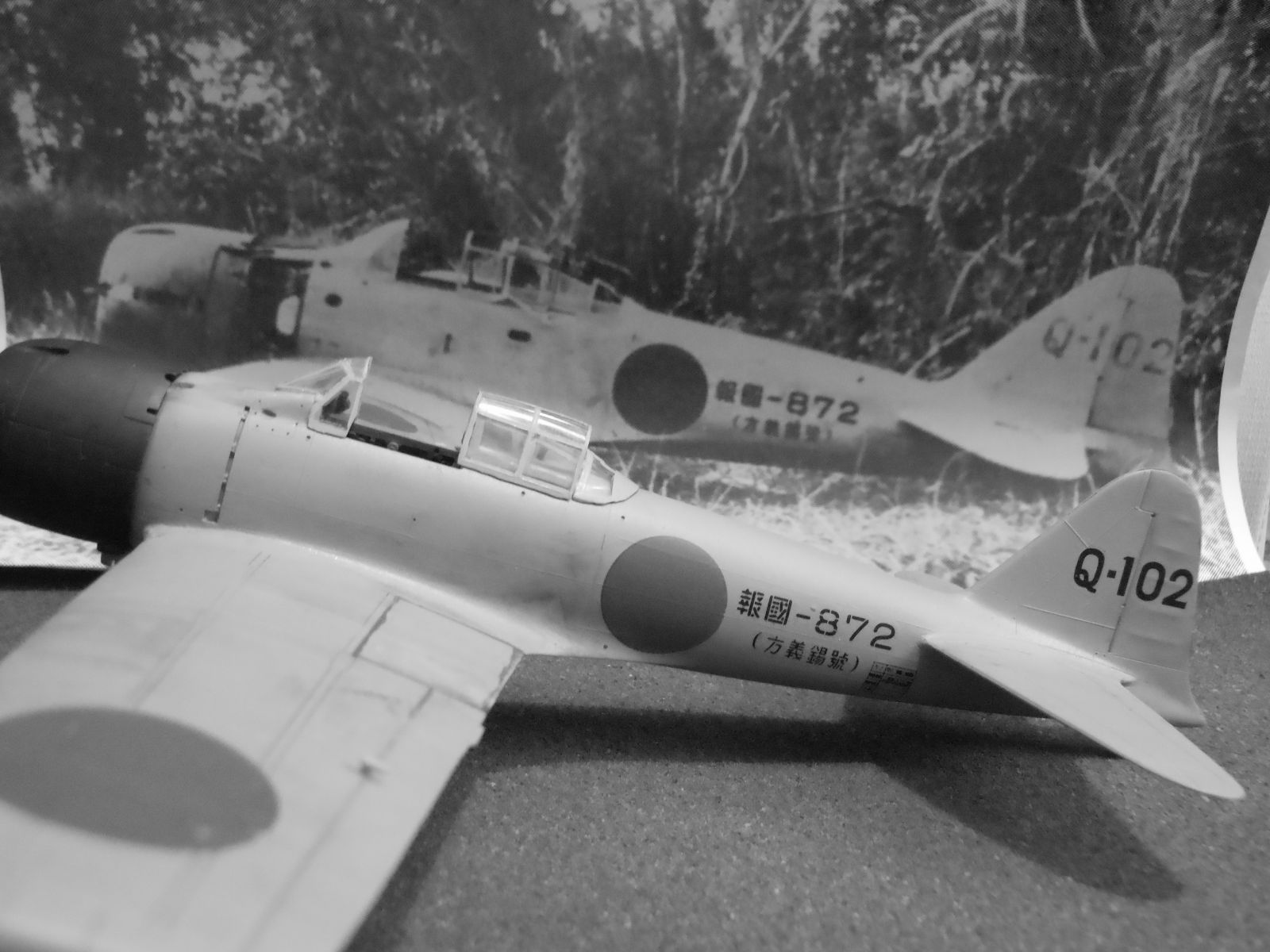 She took off one morning piloted by P.O. Kazuo Tsunoda to defend Buna Airfield against incoming Airacobras and B-26s.

The Zero was damaged in battle by Airacobras (August 27th, 1942) but managed to made a safe landing on Buna Airfield. Damaged and without proper repair facilities, sustaining further damage later in an airfield attack it was left on the tarmack as is.

After the "Battle of Buna" the airfield was captured on Dec. 27th 1942. During January of 1943 the engine was removed and the entire Zero was salvaged and transported to Brisbane (Australia), arriving on Feb. 19, 1943 at Eagle Farm. The main Fuselage and sections of the aircraft were chosen to build a Flyable A6M3 Hamp along with 3 other aircraft, combined together the allies made the A6M3 EB-201 which allowed them to test the aircraft and its capabilities. The US and Allies went to extraordinary measures to attain a flyable A6M3, even if that meant building one themselves!

The Model represents the aircraft as she was found by the Allies. The picture in the reverse of the shot is the actual photo I based the model on and was found online on a photo sharing site. (if it isn't within copyright or should be removed, I have an alternative photo of the aircraft which can be substituted, just please let me know)