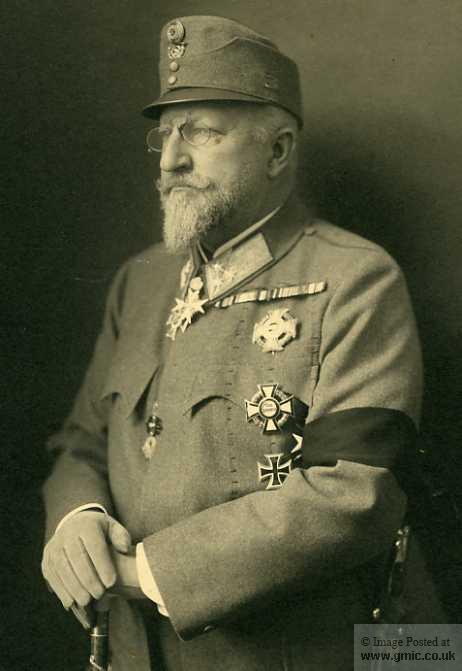 This portrait of the ex-Tsar Ferdinand of Bulgaria was probably taken circa 1921-23. It is one of a number of large presentation portraits he had 'dressed up" in a variety of uniforms for either the 1921 funeral of ex-King Ludwig III of Bavaria or ex-Emperor Karl of Austria-Hungary.

Here he is dressed in the uniform of Austro-Hungarian Feldj?ger Battalion 26-- one of the many units of which he was Honorary Colonel-in-Chief. It is shown to illustrate that Bulgarian ribbon bars were exactly the same as the German M1915. See closeup scan.