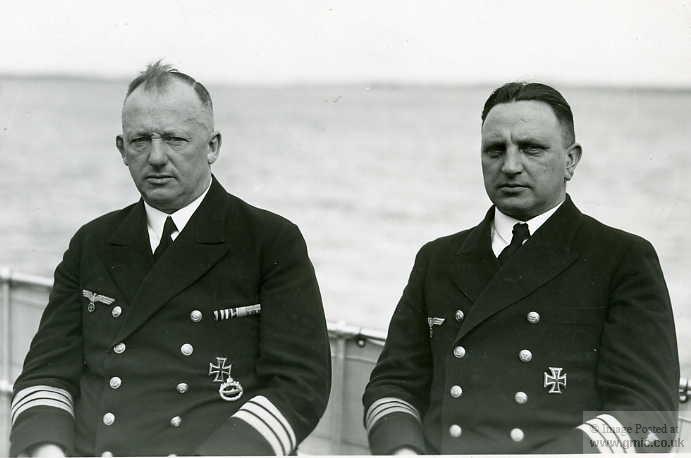 Thedsen was and remained Senior Engineer of Submarines, receiving a German Cross in Silver in 1943.

B?ning, who had known D?nitz in Turkey during WW1, was the first officer assigned to the revived Submarine Branch, serving as Chief Administrative Officer of Submarines 1935-39. In 1945 he became the only Paymaster Admiral in the German navy.

These two officers are typical of naval fashion statements regarding ribbon bars. Thedsen is wearing all of his. B?ning-- despite being the most highly decorated paymaster of WW1-- has gone for equally typical elegant understatement and left his off entirely.

Personal style was given far greater latitude in the navy than in any other German uniformed service. The very IDEA of anyone NOT displaying everything they were entitled to at every opportunity would have been odd in the other parts of the Wehrmacht-- but not so the navy.