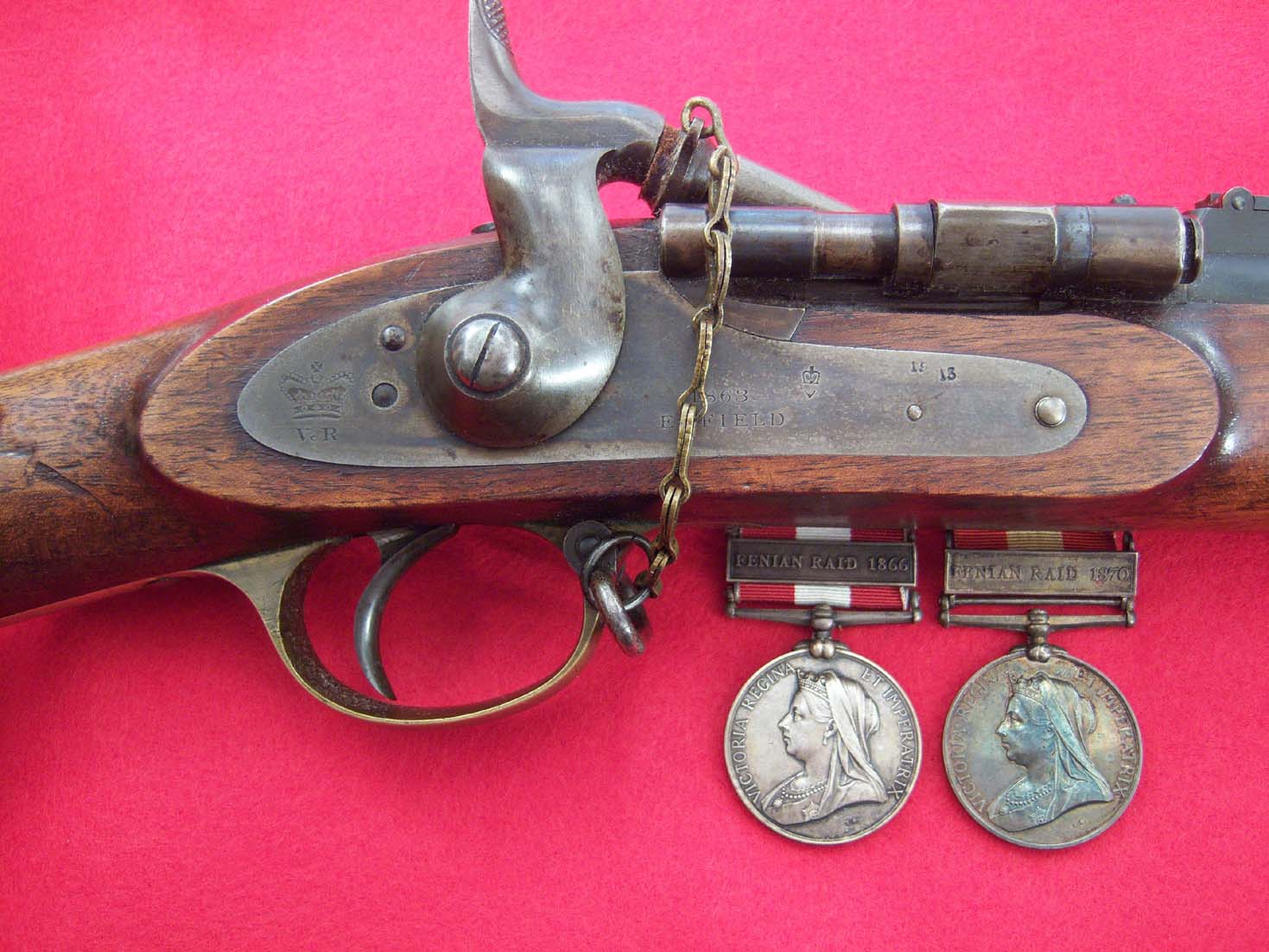 The Snider-Enfield served the Canadian Militia both pre and post Confederation (1867) and throughout the Fenian Raids.

The Medals are the Canadian General Service Medals 1866 and 1870.