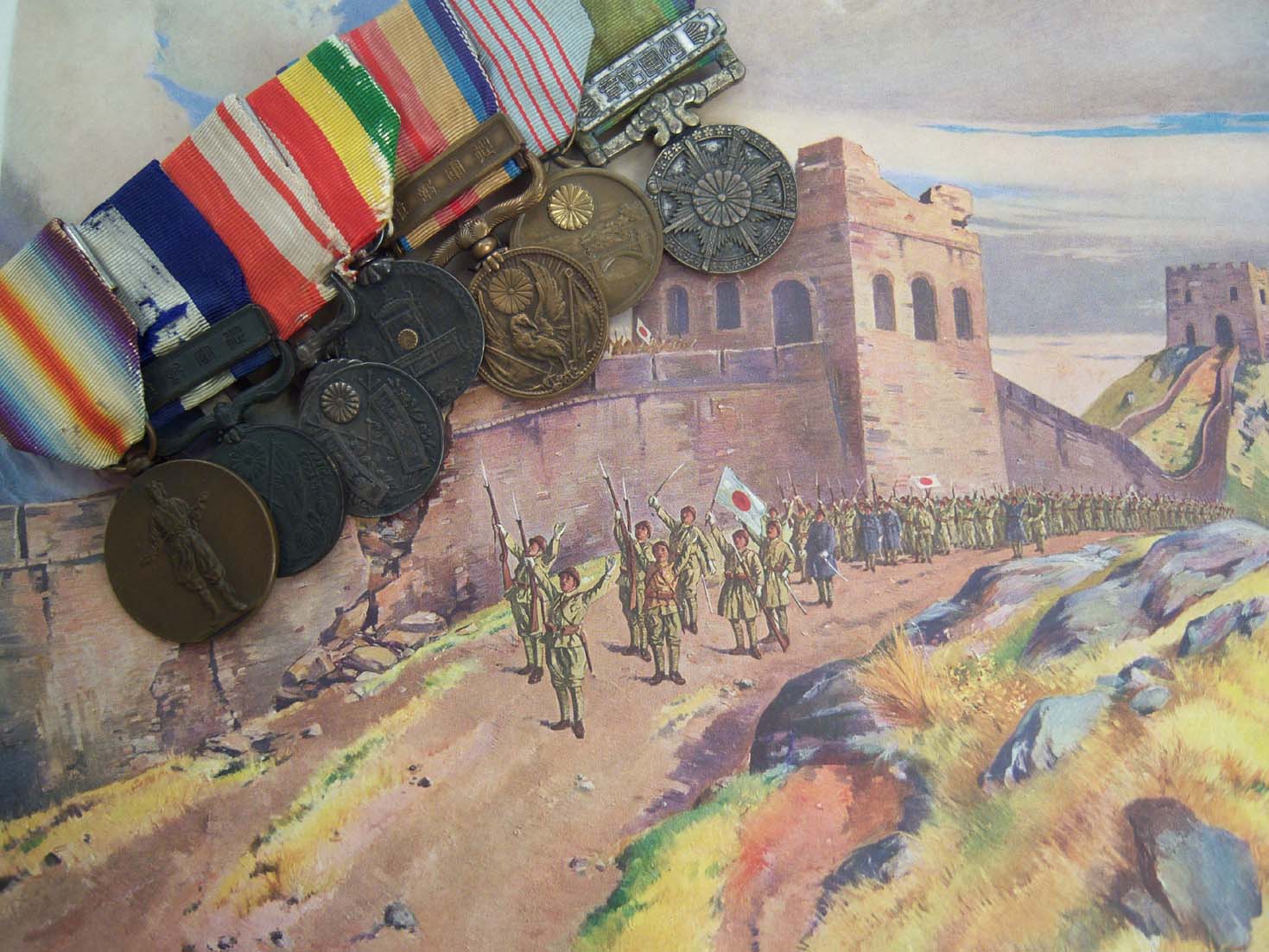 A Group of Japanese Medals WWI to WWII

This group of medals, awarded to an unknown Japanese soldier, spans the conflicts of the first half of the 20th century. This servicemen’s career started with the First World War and, as indicated by the Great East Asia War, medal he survived the Second World War as well.

The group is resting on a propaganda print form the Second World War Period, one of several in a series, which shows the Victorious Japanese Army at the Great Wall of China.