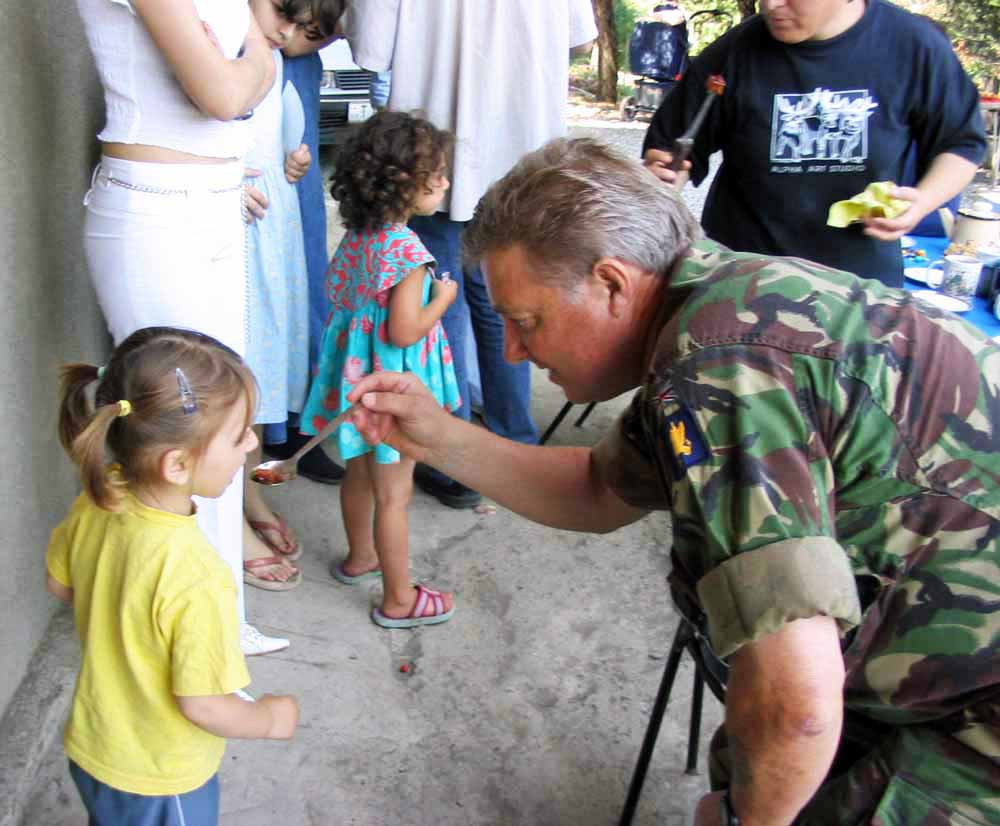 By Chuck In Oregon

Soldiers stationed in Georgia were always eager to help "our" orphans. One of the most generous units was The Rifle Volunteers from south-west England. I've written a story about them that, I'm told, still hangs in their headquarters. All of them were experienced combat veterans who were in Georgia on a training mission. They came with us to Dzegvi Children's Home outside of the ancient capitol of Mtskheta with two army truckloads (note: not pick-up trucks) of food, blankets, clothes that they had purchased with their own money and lots of goodies for the children. I didn't know what treacle was. No one who was there did except these guys. This is their commanding officer introducing a very scared little girl to treacle. I love this picture. Soldiers are such easy touches for kids.

An aside: On the way to the orphanage the guys decided they hadn't brought enough stuff. They had us pull over at a roadside store, a small convenience store. The guys were a little rowdy and maybe a little bawdy as they toured the little store, laughing and pointing. Finally one of them said to the store owner "We'll take it." "What, exactly, would you like?" he asked. "EVERYTHING!" they shouted. So away we went with the entire store inventory, except for things like cigarettes and beer, stuffed into the back of the trucks and inside our cars. It's one of my best memories. How can you not love guys who will do things like that? There were generous female Rifle Volunteers, too, but not with us that day.

Photo Information for Feeding A Child