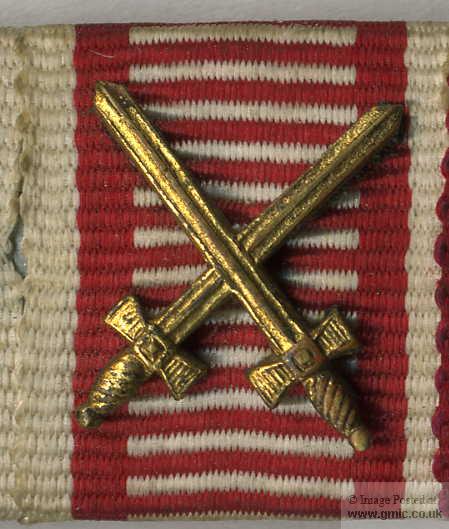 Austria-Hungary added swords to distingush frontline bravery from general ward merit awards on the over two dozen decorations which all used this generic "wartime" awards ribbon.

This particular ribbon bar, although the standard 15mm German width was, I think, an actual wartime Austrian attempt to thrash out some form of reduced field service wear rather than full medals or the large, cumbersome 40mm ribbons based on trifold mounted ribbons' width. Austrian ribbon bars generally have a distinctive "spring pin" construction inset from the ends of the ribbon bar--quite unlike the German "snugged down" end-to-end construction.

Position--and sheer number of these be-sworded ribbons--might give some clue as to what each represented.