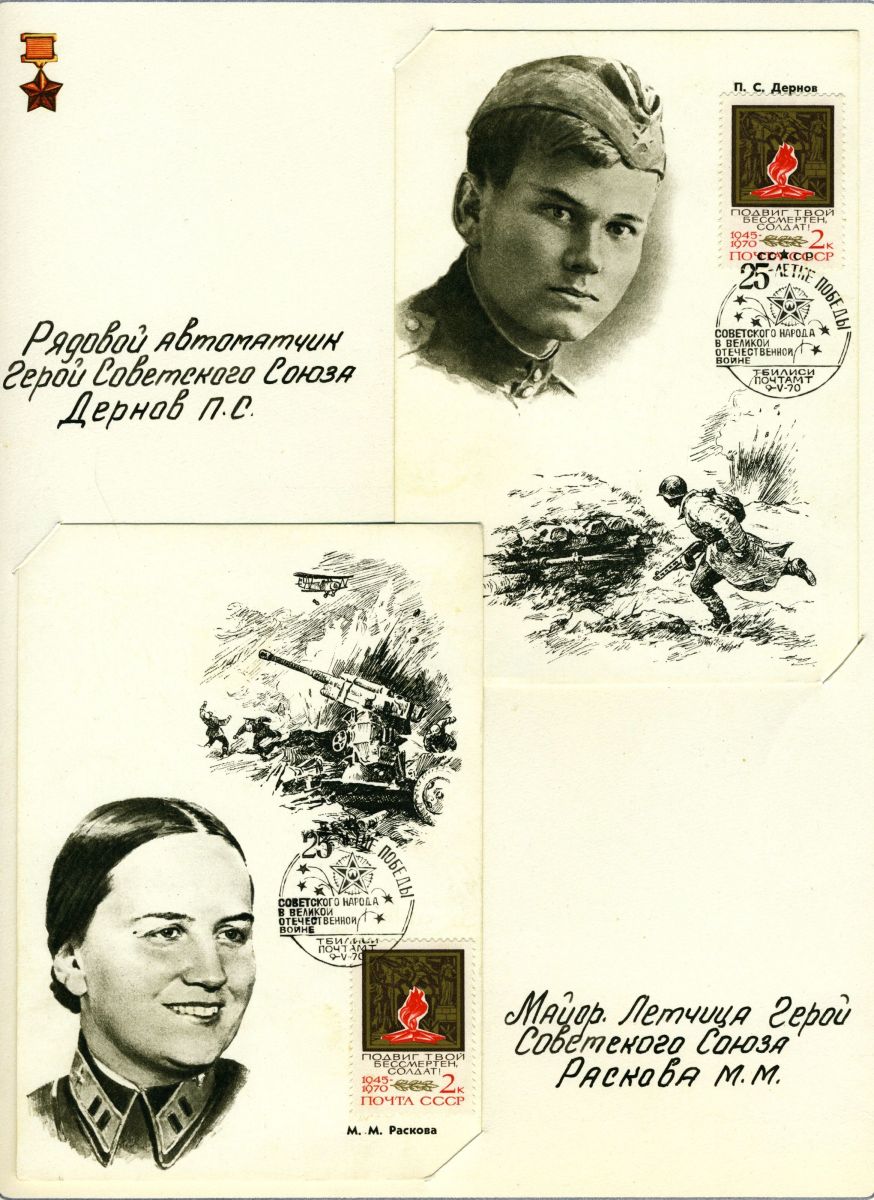 By Chuck In Oregon

The USSR issued a set of commemorative stamps on the 25th anniversary of their victory in the Great Patriotic War. This is one page of a set of corresponding first day covers. Then the covers were mounted on pages dedicated, two each, to individual winners of the order Hero of the Soviet Union. The purpose was patriotic displays in public places. I don't know how many pages were created but I have 15 of them.

I prefer these B&W pictures to the 1975 set because they depict the act for which they were awarded their HSU. Marina Raskova, for instance, was the founder of and a pilot in the Night Witches, the 588th Night Bomber Regiment. She is shown destroying a German gun emplacement. They often turned their biplane engines off and glided to the target for maximum surprise, hoping for a re-start before they crashed.