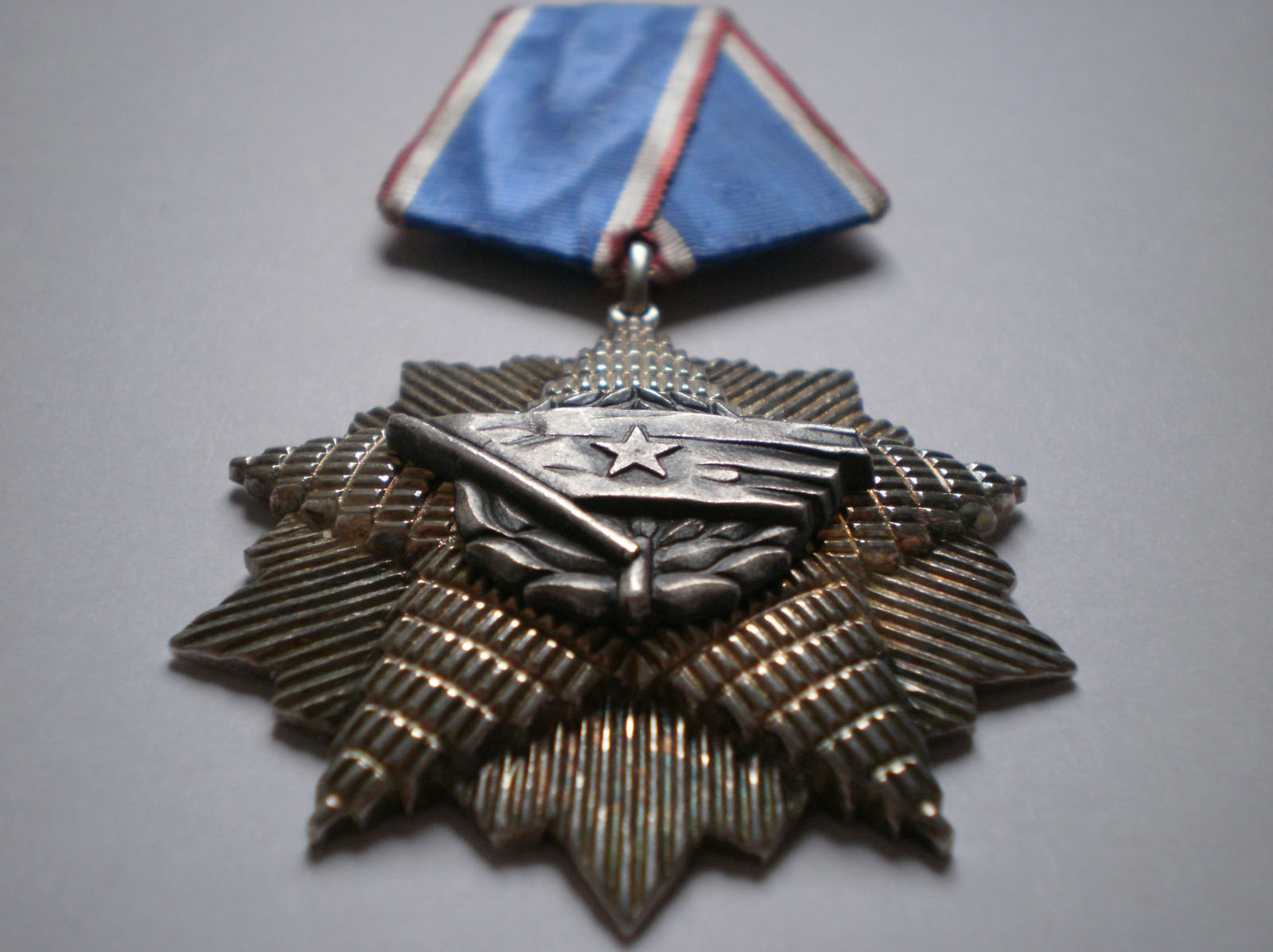 Order was instituted in 1947 and at first it had three class, two more were added in 1955 so in the end it had 5 classes in total. It was awarded for outstanding contributions to the development and strengthening of peaceful cooperation and friendship between Yugoslavia and other nations. This, lowest, class was awarded 769 times which is strange because all of the higher classes were awarded more frequently.

Photo Information for Order of the Yugoslav Flag 5th Class