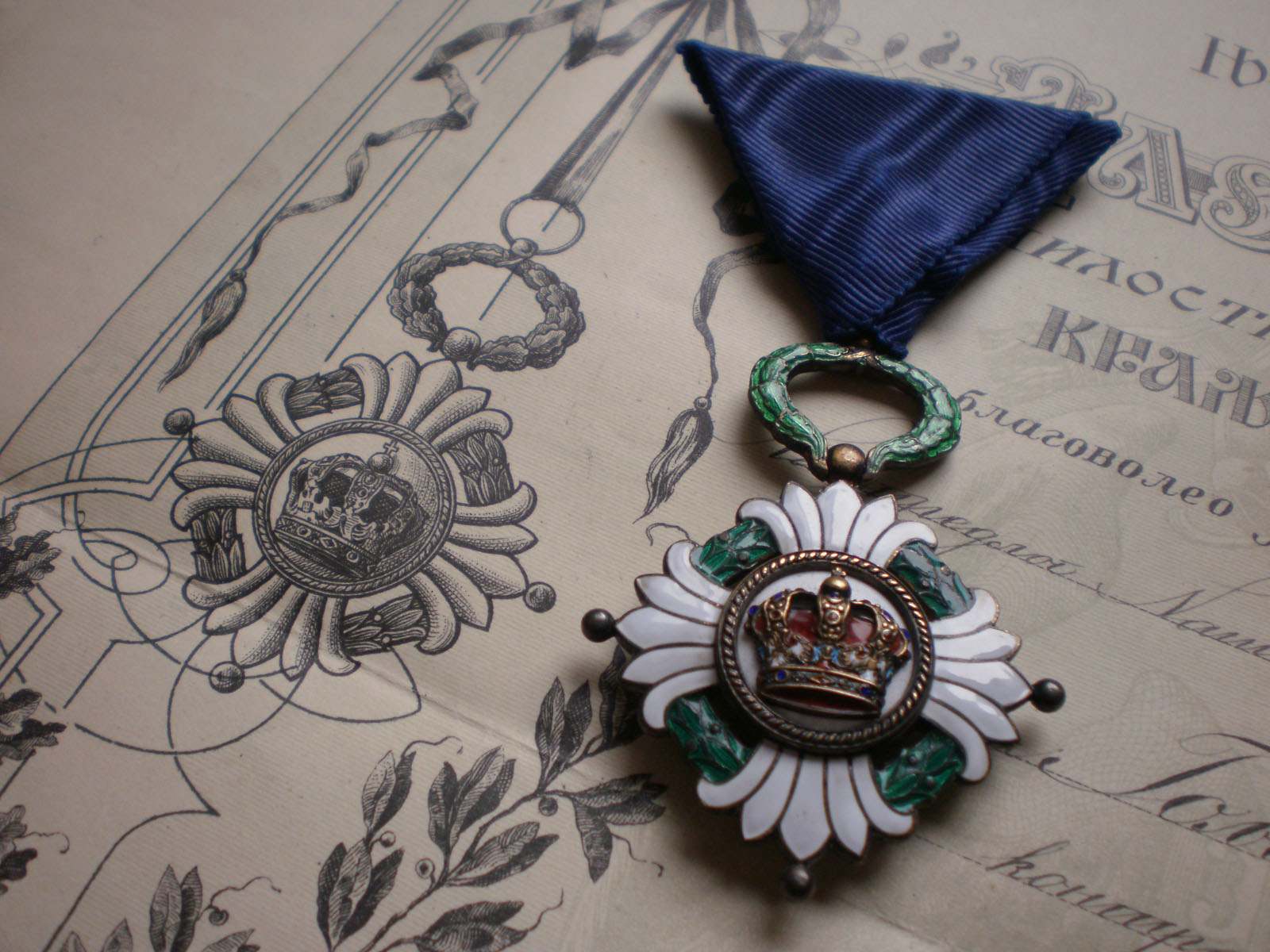 Order of The Yugoslav Crown was instituted by King Aleksandar Karađorđević on 5 April 1930, to commemorate his changing of the name of the Kingdom of the Serbs, Croats and Slovenes to the Kingdom of Yugoslavia. This particular order in very nice condition was made by Swiss Huguenin Brothers. I've recently acquired 4th class document part of which can be seen on the photo.

Photo Information for Order of the Yugoslav Crown 4th Class