When you live , or, work in an old town or city, it is easy to overlook historical buildings and
landmarks.

This happened when I was first posted to Bethnal Green Police Station. The area was a mixture -
tall, ugly concrete blocks of flats - typical for the the late 1960's. Rows of old terraced houses
and and tenement blocks - built-in the 1880's to try and improve the area and cover the shame
and bad publicity that Jack the Ripper's murders had caused. There were also many small and medium sized factories and workshops.

Walking - or, driving in a car on duty, it was easy to see just the people and the streets - however,
once I was on night duty I had the opportunities to really see what made-up this 2000 year old
area of continuous occupation. There will be other occasions when I will be able to go into detail -
however, as an example, there was a short cross street between Brick Lane and Commercial Street
named Fournier Street. Basically, it was a row of joined houses dating back to the 18th Century and
in the style of the 17th Century. Most of them were derelict.

During the time of King Charles 2nd - who was restored to the British Throne in 1660 - his French
counterpart was the 'Sun King' - Louis X1V (14th). Following the urging of Cardinal Richelieu, he
barred the Hugeonots - or, Protestants - from practising their Religion and they were forced to flee
overseas. Many to Britain. My Mother's family name was Bozier - a Hugeonot descendent.

The French silk weaving industry really depended on their skill, and when they left it fell into decline. Their loss was England's gain - the area the silk weavers chose to live was the same Fournier Street in London's East End. Many of the old houses have now been renovated and are
shown as they used to be - workrooms on the ground floor - living accomodation above. There
are several museums and it is an area worth a visit. 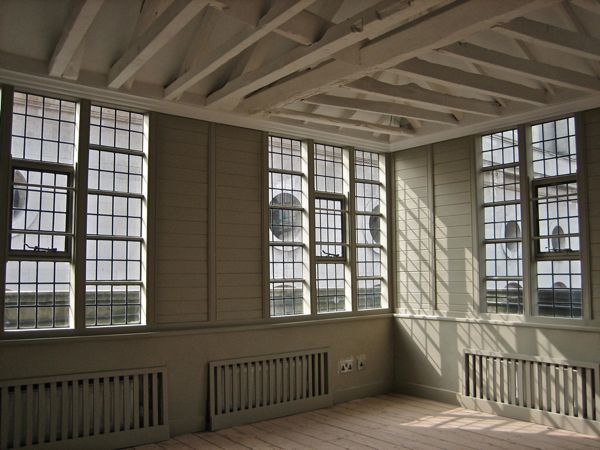 Map of the area - Sever's House is now restored for the public. 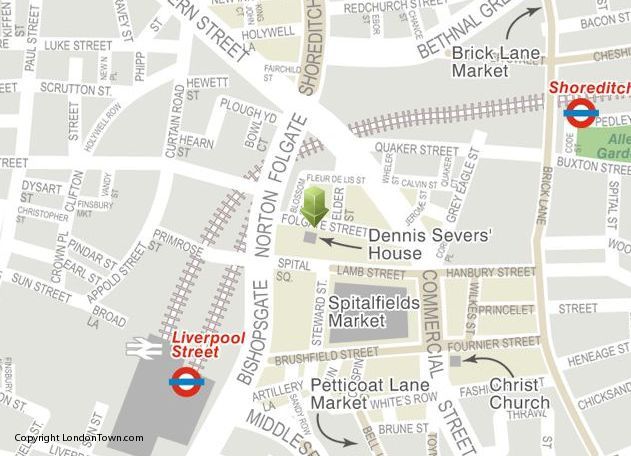 THE MECHANICS OF A 1960'S POLICE STATION

I can only talk about the running of a Police Station in the 1960's/70's. I would think little had
changed over the previous 100 years - and, quite frankly, if a system works why keep making
changes. This seem to be the prevailing attitude today - change for the sake of change - or,
is it just me getting old ?

'HB' or Bethnal Green Police Station, was not the Divisional Station - however, because of the large
population in the district it had a complement of some 200 Police and civilian staff.

The CID (Criminal Investigation Department) numbered about 25/30 - under a Det. Inspector.

There was a Process Dept., under an Inspector for dealing with Summonses. When you reported
someone for an offence, the paperwork was reviewed in this Dept. to ensure there was enough
evidence to go to Court. When you made a direct Arrest the Sergeant dealing with the Charge also, had the responsibility of ensuring that it was a legitimate arrest - with the evidence to prove
the Act the arrest was made under.

The Station also had a detachment of Special Constabulary - who at that time were only allowed
2 hours duty a week. I remember one old Special who was an Estate Agent. When on duty he
parked his Rolls Royce in a side street.

We had a fully staffed canteen and after 8p.m. we had facilities in the sitting area to make tea
and light meals.

The uniformed Branch numbered some 120 men - split into 3 Divisions or, Reliefs. These were
identified as 'A' "B' and 'C' Reliefs - each under an Inspector and two sergts.. The system was
changed some time ago, however, the above had existed for very many years.

You paraded 15 minutes early to be told what was happening, receive special duties and who was wanted. You also Paraded Appointments . This was to show you had your whistle, truncheon and report books.

You have to remember that Police are a disciplined Force and subject to the Rules laid down by
Parliament and your Commissioner or, Chief Constable. For example - you don't decide which variation of uniform you will wear - Dress of the Day is shown in Force Orders.
With holidays, sickness, time off and Court appearances the Relief rarely paraded more than twenty men - and sometimes much lower. Just meant we worked harder.

Hopefully, this brief outline will give you an idea of the set-up. With so many people with-in the Station you really worked with your own Relief - and the men on the other shifts. I was on 'B' Relief. Being so dependent on your colleagues for help in an emergency, you tended to become close friends - on and off duty. Although, as often happens you tended to have your own group.

When I finished learning Beats with Jock, my Relief was about to start on 3 weeks of Nights. This
meant I would be Patrolling my assigned area - or, Beat - on my own. Being the East End, away from main roads the back streets were poorly lit.

Let me say right now - you don't know the meaning of ' Being on your Own ' until you have
patrolled for the first time at night - and on a freezing February night....

Radios had only recently been introduced - and we did not have enough to go around. I'm fairly
sure that friends I had made, had ensured I had one that first night. They were Swedish Stornos
and quite powerful. The unit went in your back left pocket and the microphone was fed up to
your tunic or, greatcoat lapel. You could hear all station calls and if you wanted to speak you
pressed a button on the top. Messages went to our Reserve Room or, Communications Room. This
was manned by two PC's and an elderley , retired PC, manned the switchboard.

We were supposed to return by midnight for refreshments - but, in the dark back streets I got
hopelessly lost. It got to about 12.30a.m. and I knew I was a long way from the Station and knew
that people would be wondering where I was. I didn't want to use the radio - I knew I would
never hear the last of getting lost..........

The decision was made for me - I was looking in my A-Z wondering where the 'hell' I was, when
4 drunk yobos found me !

They were very cautious at first - then got 'cheeky'. I wasn't nervous of them - perhaps a little
intimidated. There were 4 of them and I only stood 5' 8". I decided that I'd better call in for
directions - doing so, it slipped out that I was having a little trouble.

Before I could turn round 5 Police cars and the van - plus some 20 police had arrived to see "what I
was 'up to' " The whole canteen had turned out. Very embarrasing - but I knew then that I had
friends.

The yobs got a quick lesson in having respect for their local Police - and I got lots of different
lectures in letting people give assistance when it is needed.

I learned a lot from that incident - and of course - with time and experience you become a more
confident person. However, like all of the Services - Military and Civilian - you have to learn that you are part of a team.

Next time - a few more incidents. Some years ago I was asked to write for a local Radio Station,
some humerous memories. Having recently found them in the move from the shop, I will add one
to each future post.

One of the duties of a London Policeman is Reserve Duty. This is where , once in a while, you
man the communications room and make sure that there are always a few uniformed men around the Station.

One quiet Sunday afternoon I had 'pulled' this duty and was thankful as it was a cold, wet afternoon in winter. About 3 p.m. the Duty Sgt. called me into the Front Office, where there were two men who
were covered in mud. They said that in the morning they had been clearing a site (they were building workers) and had found two large iron objects. Thinking to sell them for scrap they had loaded them onto their open flatbed lorry. When they had gone for a drink someone said they looked like bombs and to bring them to the Police.

Needless to say I was very grateful !! One look told me that they appeared to be large shells or, even bombs without fins. Beating a retreat wouldn't have helped - if they had gone-up so
would half the East End of London - I tried Bribery ! Take them to Commercial Street police station I said - they won't take so long to deal with them !! Not likely - they wern't moving an inch
and expected me to deal with them. Eventually we managed to get them into a corner of the station yard and covered them with sandbags - the London Police have always been good at immediate action to to re-assure the public !

The 'bloody' workmen left and we had to evacuate the Station and the surrounding area until the
bomb squad came to take them away.

YES ! They were live and very unstable - had to be detonated in a nearby park. They were 1st
World War 8 inch Naval shells. Heaven alone knows what thay were doing in the East End of London ?

A couple of years ago - in Durban, I was asked to value and identify a deceased estate with militaria. The friend who was with me spotted a mortar bomb and picked it up - ' look', he said
'it's a Chinese one. Oh my God, it's live with it's detonator and it's sweating '.
We retreated very quickly and the SAP bomb squad had to detonate it. Please, please - no-one bring me any more shells or, bombs.