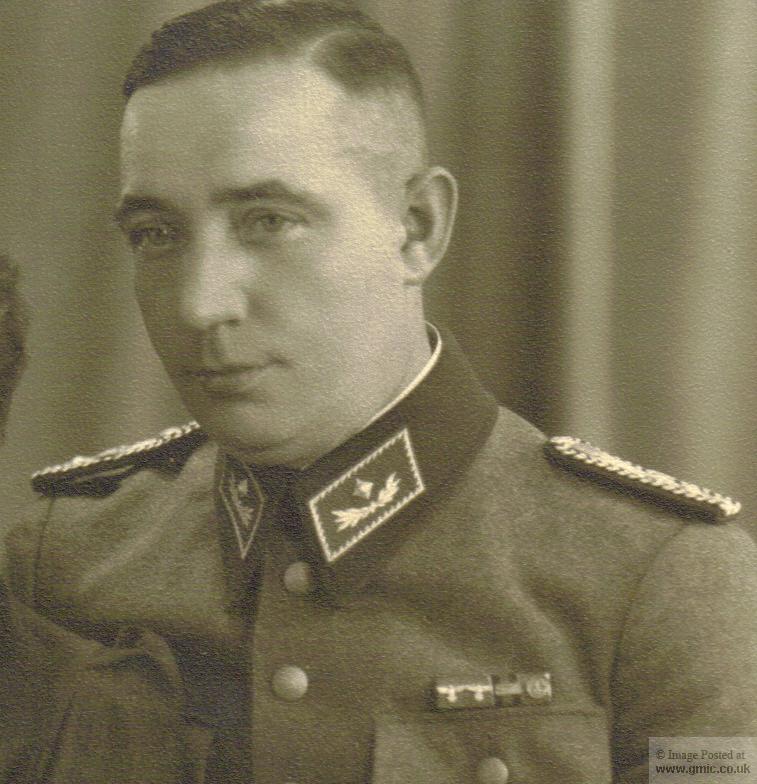 Taken in Freiburg in 1943, this Zollassistent is shown weaaring the Wehrmacht 12 and 4 years service medals he earned before pre-war discharge and entry into the Customs service. He has served 4 years to earn his Zoll long service cross, but is wearing it incorrectly after his Sudeten Annexation with Prague bar rather than between that and his army/navy 4 years medal.