Yes, yes I am an Expert!

Or, Experts and other random things I rant about.

For years I have ranted and railed against the proliferation of so-called “experts”, especially on the internet; these people who seem to hold onto the idea that if they write something then that which they have written suddenly holds validation as the truth.  I am reminded of the old movies where the Pharaoh announces to the scribes and others in attendance, “As it is written so shall it be”. Well, it may indeed “be” such as a law but that is not necessarily true about every “so shall it be”.  Writing that all pyramids from this day forward shall be built with the point down will not make it so.  Besides if that were possible think of the impact it would have today on Ponzi schemes.

A few weeks ago we had house guests for a week in the form of my wife’s brother and his wife.  My brother-in-law is not the stereotypical brother-in-law featured in comedic performances but rather a highly educated man and to call him an extremely successful business man would be a great understatement. He related that he was once told that the definition of an expert was someone who has read one chapter ahead of you in the instruction manual.  He is an engineer so “instruction manual” suits him; my point of reference would have been “history book”. But, you say potato and I say, “ Solanum tuberosum”.  Put the cell phone down, no need to verify that botanical name, I already looked it up.  Yes, this time I cheated.

This whole “what is an expert” thing got me to thinking.  My brother-in-law is correct, an expert is not necessarily someone who knows everything about a subject, but simply is required to know more than you.  Did we really think that our math teacher in High School could calculate the mass of Epsilon bootis (it’s a binary star system)? Personally, the teacher who comes to mind had a bad habit of counting the number of weeks with his thumb on the fingers of the same hand to determine when the school year would end and “this insanity would stop”.  It was just a habit, one I have been guilty of from time to time, and I am sure it was an un-necessary exercise...or was it?  By the way, go ahead and fact check Epsilon bootis on Google I was just “winging” that one; though I think it is correct. Besides it was an astrological joke as the teacher I am thinking of would have had to use the fingers on both hands (binary system, get it; yah, you got it).

Speaking, or more accurately writing, about fact checking though the use of Google on the cell phone, there was a time when students would attend a play bringing with them a copy of the piece and check to see if the actors knew their lines perfectly.  A number of years ago my wife and I were attending a Shakespearian play in Stratford, Ontario.  The play was the Tempest and stared William Hutt as Prospero in what was to be his final appearance on stage.  The front row was filled with High School students all armed with their copies of the Tempest ready to “fact check” the actors’ ability to deliver their lines to the text book’s exacting standards.  Ah, the school system, what better way to enrich these pudding headed accidents of failed birth control than to have them follow the performance word by word in a text book.  I suppose it was appropriate as in their future employment they would then be equipped to pose the question, “To flip the burger or not to flip the burger; that is the question”. I will pose this question regarding the education system.  When a student excels we credit their teachers, however, when a student performs poorly in school where should we lay the blame?  Of course, with a malfunctioning condom!

Back to the play, as the play is the thing. Mr. Hutt was the first actor to insist that he perform using the English language commonly spoken by Canadians.

It was most amusing to see the students flipping pages back and forth looking for the lines spoken by Mr. Hutt.  Don’t worry little ones that beeping in the back of your head, indicating that the fries are done, is simply your future calling you.

Before you comment on my gibes at the burger joints I was there both on the grill and the front row at Stratford trying to follow along with the play Midsummer Night’s Dream.  Man, what was Bill Shakespeare on when he wrote that play; he must have been smoking some pretty righteous weed.

To close this series of rants I will reaffirm that I am indeed an expert, as long as you don’t read ahead of me in the manual. Expertise is such a fleeting and very subjective state.

By the way, did you catch my intentional error? I used “astrological” in

place of “astronomical”. One is the study of the planets and stars; the other is right up there with the study of sugar plum fairies and unicorns pooping marshmallows.

In keeping with today’s political correctness and a check of the forum’s rules I realized that astronomy may in fact be held by some to the degree of a religion.  With that in mind I apologize if anyone was offended by my comments. Also I am led to believe that if you consider yourself a “sugar plum fairy” that it is an acceptable life style choice and again I apologize for any offence I may have unintentionally given. It’s an age thing and I must admit to having not kept up with today’s trends.  I would ask that anyone, sugar plum fairy or otherwise, please carry an empty marshmallow bag and clean up after your unicorn, their droppings tend to gum up my lawnmower.

As to unicorns, I have nothing against them in the wild or domesticated, just clean up after your tame ones.  See photos below for clarification. 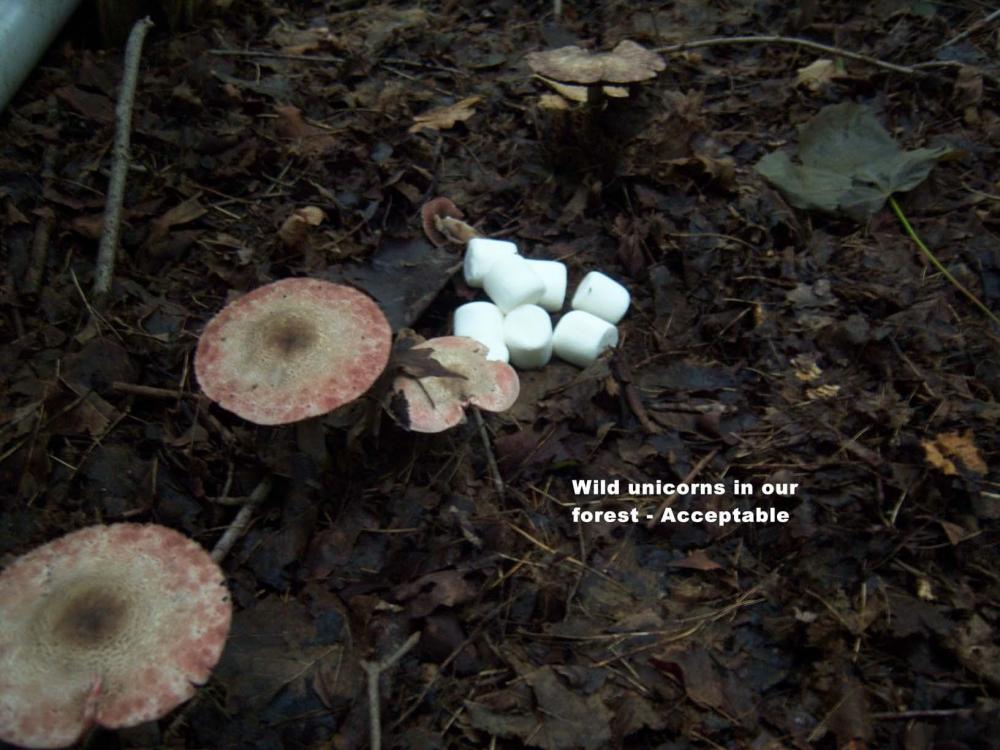 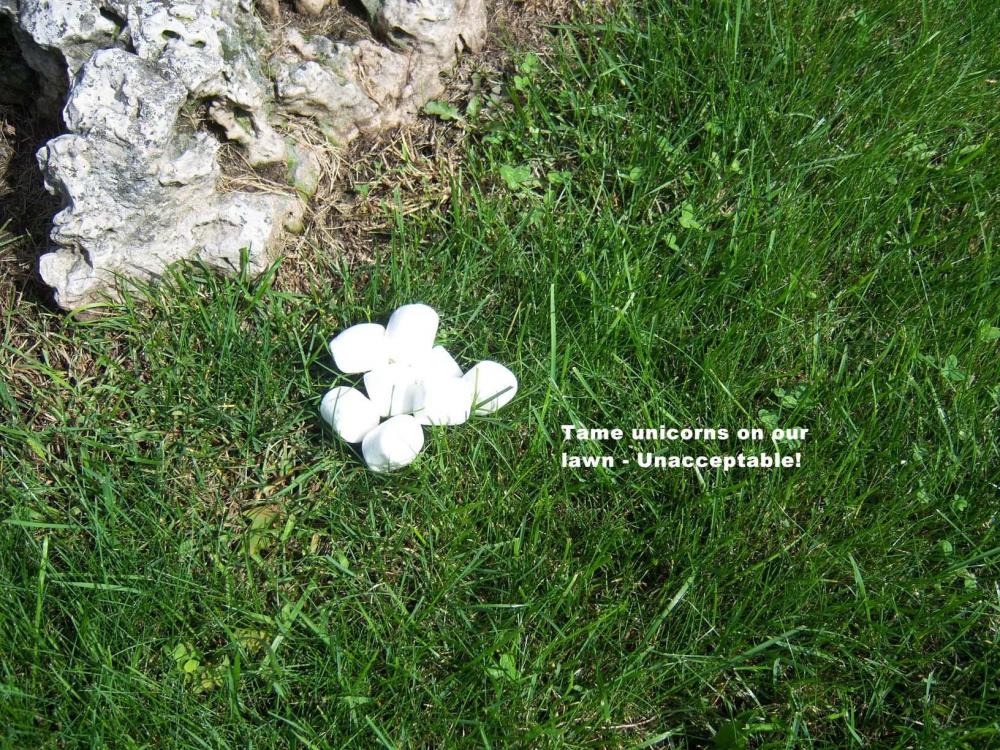