Soviet Labor Awards of the USSR 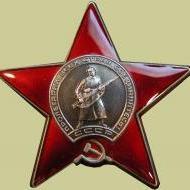