Order of Suvorov (recipients from Yugoslavia) 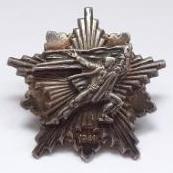