If you could magically ID one item... 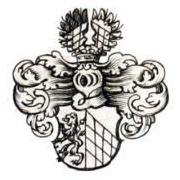 By landsknechte,
September 6, 2005 in Germany: Imperial: The Orders, Decorations and Medals of The Imperial German States