Swords were carried into battle in 1914! 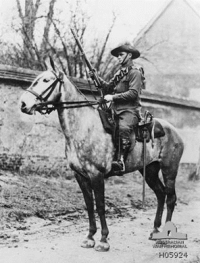