News From the Home Office.

Warning This Blog May Be Offensive

The content of this blog may be offensive to some readers and should probably not be viewed by readership under the age of 14.  Content may include nudity, coarse language and/or violence (though probably not). Reader discretion is strongly advised.   After what could be easily described as a Dickensian childhood I am not what you would term as a warm-hearted individual.  The fact that I have never watched the movie “A Christmas Carol” past the first half point, I did like the who

Hello to all I am a new young on this site. I am French and collector of Japanese medals. I have just purchased a set : medal of 7è class of the order of the sacred treasure with its diploma and the translation by the embassy of Japan. This decoration was given to a police officer asked to assure of the protection of prince Hiro Hito (not still emperor) during his visit in Paris June 2nd, 1921. (Visit of the Eiffel Tower and meeting with Gustave Eiffel, visit of "Le Louvre", "Le

1
News From the Home Office.

Applying Lessons from History   “I’m so smart” said Homer Simpson, “S-m-r-t”, spelling the word while bragging and at the same time showing the evident lack of intellect.  Perhaps not the best example of multitasking.  While Homer is the “star” of the popular cartoon sit-com this statement reminded me of the multitude of armchair generals surrounding us.  I don’t follow sports, on any level (thereby cementing my status as a “nerd”), but I believe “Monday Morning Quarterback” is the spo

Can we actually learn from history?

Can we learn from history?   In my last blog we looked at the battle of Kadesh (1274 BCE) where classic errors were made and perhaps the first opportunity for those following after to learn.  The Egyptians left large gaps between their divisions allowing the Hittites to exploit those gaps and move on the command HQ.  There were, of course, perfectly good reasons for the gaps between Egyptian divisions, all of which were covered in my last blog.  What may have not been as clear was the

3
News From the Home Office.

The Middle East and Propaganda   I’ve often heard the statement that man (mankind) is unable to learn from history.  As a general statement this is, of course, ridiculous. As an example we tend to no longer defecate in our drinking water; with the exception of the City of Victoria, British Columbia that still dumps their raw sewage into the ocean. To be fair it is not actually drinking water and it does serve to give people like me something to be smug about while committing some other

4
News From the Home Office.

What’s The Use?   At times I wonder of what use there is in researching then writing articles for the membership here at GMIC.  Now I read that over I realize how nasty that sounds therefore let me explain.  For the most part we all have an interest in history, especially military history; therefore we also possess a more than average knowledge in that field.  It is rather like preaching to the choir, so-to-speak.  Those only interested in accumulating collectables for the ownership of

9
News From the Home Office.

Learning From History - A Rant

Learning From History – A Rant   One of the aspects of the New Year’s season that I dislike the most, aside from the obligation to congregate in herds at parties, is being expected to converse pleasantly with the attendees.  I don’t mind parties at our house as I can simply remove myself either to the office downstairs (aka the Home Office) or the shop and work on a project...and I have been known to do so. Yes I am a solitary rather anti-social type who has been lucky to have found a

6
News From the Home Office.

‘Tis the Season   Ho, ho, ho, here we go again with the annual season seemingly created to make a cynic’s life nearly effortless.  It’s a little over a week before Christmas and the orders placed with my cabinet shop with expectations of them being completed before that day of gift giving nearly realized.  Which brings me to my first observation; I call them “observations” in a desperate attempt to avoid the term “cynicisms”.   Approximately a month ago the rock music statio

I am sad to announce that Mervyn Mitton who has been Senior Moderator and friend to many of us on GMIC for several years passed away on Wednesday. He had been ill for many years, but he never let this get in the way of his passion for Militaria and Police Collectables. His knowledge of British Police history and collectables was immense and his death is a tragic loss to GMIC and the wider collecting world. Mervyn was always very proactive on GMIC and a real driving force behind the scenes amongs

15
News From the Home Office.

Fallen But Not Forgotten

Fallen but Not Forgotten   Sitting in the auditorium with some fifty or so other students I opened my history exam paper upon the announcement to commence by the teacher in charge of security and started ticking off the boxes of the multiple choice section.  I always found this section rather annoying with ridiculous choices such as, “When was the date of the Battle of Hastings?” Choices ranged from 1066 to 1466, never anything more difficult than remembering the correct century in whi

Myth Busting Part 2   Without going to the dictionary, what is a myth?  A myth is a commonly held misconception often based on a fact or event.  The causes of a myth can be quite varied, ranging from a misinterpretation brought on by sloppy research and or erroneous reporting of the sound research by another party or even propaganda. An example of propaganda would be during the Second World War when soldiers were told that the new German MG 42’s “bark” was greater than its “bite”.  The nick na 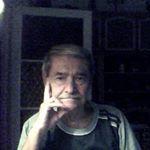 Seriously? No, really...seriously?   A dry dusty street in the Middle East, a group of soldiers is milling around and suddenly one soldier shouts, “RPG! Take cover!”  Just then a rocket propelled grenade steaks past, leaving a smoke trail behind, to explode on a vehicle completely destroying it.  Typical movie scene and total garbage.  From what I can tell a fired RPG travels at around 15 feet every 1/10 of a second, which makes the 3 some odd seconds for the soldier (actor) to deliver his lin

11
News From the Home Office.

Myth Busting, Part 1   I do hope no one will feel like I am being condescending with the way I have written this blog.  My intention was to treat the reader like a fellow GMIC member and therefore more like a friend than a stranger.  With this in mind treat the following in the manner in which it is intended and that is as a conversation between friends.   Myth Busters, a popular television program takes popular myths and “puts them to the test” and awards a rating of “Confirmed”, “Plausible

17
News From the Home Office.

Winston Churchill, Desert Warrior       Part Four: The North African Campaign.       There was so little time to rejoice at his appointment as Prime Minister on 10 May, 1940 with that same day being the fall of France to the Germans, a month later on 10 June Italy declaring war on Britain followed by the Battle of Britain on10 July.  It must have seemed that the world was celebrating his appointment by promptly falling apart; it makes one wonder if Churchill was starting the dread the 10

Members need to be aware that over the next few weeks there will be some major upgrades taking place on the forum. The most important changes are in relation to user log on. Some users may be using a different logon name to their display name. As of the upgrade users MUST log on with their public display name and not their log on name as this will no longer work. Other changes relate to the style and as well as some structural changes. I will try to keep forum down times to a minimum. But to a

7
News From the Home Office.

WInston Churchill - Part 3, In the Skies of Britain

12
News From the Home Office.

Why canâ€™t we discuss politics on the GMIC? It all has to do with ketchup. Today my dear wife, Linda, wanted me to go into the City to exchange something or other; I wasnâ€™t listening because I didnâ€™t really want to go. Knowing this she suggested that we stop for breakfast in our small town first. She is a wise woman as she knows my fondness for breakfast meat, not to mention over-easy eggs. This would make me both cheap and easy. I would have been the most popular girl in school had I

Hi Firstly, apologies for the unsolicited email. I was researching the attached and came across a blog on this site dating back to 24 March 2006. As you will see from the attached, I have some aerial photographs from WW1 and have previously researched them. What interested me was a discussion concerning an " Ernst Kempfer" and my photos were taken by him. A posting by “Rick Research” on 25th March 2006 @ 06.04 states Kempfers’ unit as Feld Fliger Abteilung 9, this is clearly visible on the r

0
Artillery in the First World War

New Year's Day is a time for reflection. One cannot help but wonder what thoughts went through the minds of the Kaiser's Gunners as the New Year opened on 1 January 1915. Or what were the thoughts of their comrades in the Austro-Hungarian artillery or of the allied gunners pouring counterfire down on German positions. The Centenary of the First World War in the second half of 2014 was marked publicly by solemn ceremonies and reflective discussion. But from my opinion it still was a bit subdu

4
News From the Home Office.

Winston Churchill, His Finest Hour Part Two, On The Brink: Most of my points and comments are easily confirmed by the reader, either from books or from the internet, therefore I have not bothered to make a lot of citations regarding them. Some points, I feel, are not that well known so in those cases I have included references within square brackets. >< For Winston Churchill the year 1939 could arguably be seen as the lowest point in his political ca

Wishing all members a Merry Christmas and a Happy New Year over the coming holiday period. There are quite a few changes on the horizon for GMIC in 2015, so thank you for continuing to support the forum over the last 12 months and I am looking forward to the coming year. All the best to you all and your family"s Nick & all the volunteer staff at GMIC

30392 Trooper John Northfield was in the 21st Cheshire Company, 2nd Battalion Imperial Yeomanry. I have accessed his discharge papers via Ancestry.com, but are any other details available. I'm intrigued because he was a pastry chef by trade and to my knowledge had never ridden a horse.