You might not have much of a life if you are working on compiling material for a book titled, My Most Memorable Games of Solitaire, or writing a blog titled.

Why Collect? – The Best Answer

In my ongoing quest to ascertain why things are they way they are and why people do what they do, I offer the following blog.

A question often asked on forums and by people we meet who are aware that we collect is “why do you collect”.  For the sake of this discussion I will stay within military collecting but the answer to that question is generic to all forms of collecting; Beanie Babies to bayonets.

The classic answers to this question are quite varied and I have no doubt that some are actually truthful, or at least believed so by the orator. I should digress for a moment, which I am wont to do with more frequency than my readers would prefer. There is a tendency among us sceptics to treat many answers to this common and more or less personal question with a strong dose of cautious doubt.  The Internet makes it very easy for those who may not be on speaking terms with the truth to say just about anything.  There is no chance to apply lessons learned in the field such as changes in facial features or body posture to ascertain probable truthfulness or attempts at deceit.  As an example, many years ago I was assisting a Sergeant in an investigation and we were interviewing a street person who had been known as a storehouse of useful information.  This was a chance encounter and, in retrospect, interviewing her on the street was very poor procedure, the repercussions of this lapse of protocol is a subject for a story another day.  The young lady was known by the name of “Cigarette Mary”; and she had intimate knowledge of many of the local characters. After we had written down her information the Sergeant said, “That was a very interesting story, Mary; now tell me something I can believe”. Interestingly enough she did just that which eventually led to several arrests. I will admit that I was a bit naive and didn’t pick up on Mary’s body language; however the experienced officer “had her number” as soon as she began speaking.  This would have been impossible through emails and holds true not only for deceit but in cases where the truth is being related.  I tell you this as many of the reasons given for collecting may sound a bit contrived yet can still be one hundred percent genuine. To paraphrase Mr. Ed Haynes, “Anything is possible and can happen; and probably has; twice in India”. People also tend to tell you what they think you want to hear. A collector’s spouse says, out of frustration, “You really think you need another old gun”, all the while thinking that funds are stretched far enough and that the collector’s an idiot.  The collector in a vain attempt at transferral says, “It’s an investment for the future dear, it’s for the kids’ college fund”, even though the kids are as dumb as a bag of hammers and have no hope of attending college unless it is in a custodial capacity. He is actually saying, “Get off my back!” To which she says, “If you say so” at the same time rolling her eyes.  This is “woman-speak” for “Jackass”.  Don’t feel too bad if you didn’t know this as it has taken me two marriages and seven decades to decipher “woman-speak” and I still get it wrong most of the time. On the other hand it seems that womankind is born with the ability to recognize male smokescreens for what they are.

By this I am saying that any reason for collecting has the potential for truthfulness or at the least the answer to the question is believed by the person delivering the response. I think it is a given that at times we all tend to give answers to questions from others in the form of what we believe they want to hear.  “Oh, sorry officer, I didn’t see that stop sign”, certainly comes to mind. In truth I saw the stop sign and I am anything but sorry yet I will not hesitate to insult your intelligence with this lame excuse.

Other answers such as having a keen interest in history, or an urge to preserve history, a way to honour those who serve, a great need to research and investigate are all possible valid and truthful answers. While I don’t usually buy into these statements they are still better than, “Because I am a latent psychopathic homicidal maniac”. Though that might be a quite humorous response in certain venues, not involving an official police investigation in the sudden disappearance of your business partner.  The answer to the question as to why someone collects that I find hardest to accept with any degree of validity is as an investment.  True some may have found that magic formula to turn “war junk” into gold, however it smacks of alchemy to my ears.  Over all it is a very poor investment considering the return on your money over even a lengthy amount of time and certainly if you need to get your hands on the cash quickly...see how fast the dealer/sharks start to circle. Even the ridiculous idea of 50% on the dollar or pound would be a terrible return on investment; let alone the 20% or lower most dealers are willing to offer.  Either way it’s a loss.

So what is the answer to the question of why we collect, barring any of the usual fantasy answers that may actually be true in a few cases?  I think the best and shortest answer in almost any case is, “I like collecting and it makes me happy”.  At the end of the day isn’t that what should really matter? 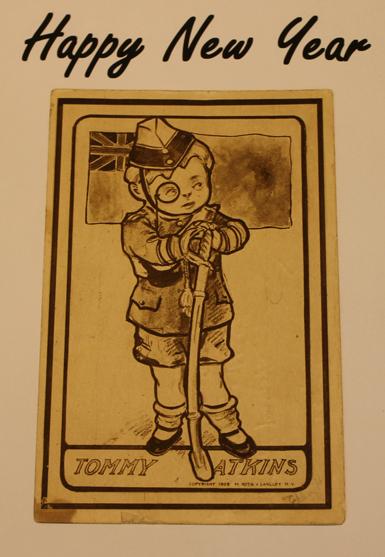