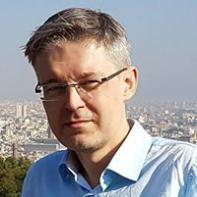 By Jani Tiainen,
September 27, 2007 in Germany: Imperial: The Orders, Decorations and Medals of The Imperial German States